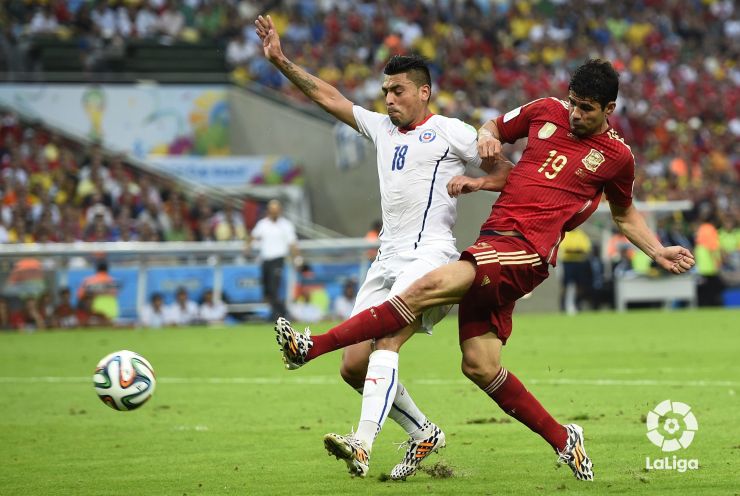 Del Bosque: "It was a fair outcome"

The Spanish national side has been sent out of the 2014 FIFA World Cup in Brazil. After the match against Chile, in which Spain were beaten 0-2, the manager Vicente del Bosque and the players analysed the team’s performance in the competition.

The Salamanca-born manager was one of the first to evaluate his side's time in the tournament: "The team showed character, but this defeat is probably a fair outcome". Despite losing, Del Bosque pleaded for calm and patience in order to steady the ship for the immediate future. "We will reflect on what happened bit-by-bit, we have plenty of time ahead of us".

The players also wanted to offer their thoughts. In reference to the defeat Xabi Alonso said, "It is a big blow to our pride, but you have to know how to lose". The scorer of the winning goal in the final in South Africa reiterated that the team was extremely motivated. "This has affected us a lot. We were extremely motivated ", stated Andrés Iniesta.

Fernando Torres did not make any excuses and compared it to the previous championships. "There was a sad mood in the dressing room. We were tired in Poland and South Africa but we still managed to win". The Madrid-born striker also had a message of hope for the future: "There is a great generation of players coming up and we will achieve greatness again".

The Furia Roja's goalkeeper Iker Casillas analysed the defeats to the Netherlands and Chile. "We were outplayed in both matches against top class opposition", although the Madrid native appealed for a positive end to the tournament from this current generation of footballers: "This team has given people plenty to smile about. We have to be united and finish the competition as well as we can".

Finally, Sergio Ramos was self-critical after the game and apologised to the fans: "We ask our fellow countrymen, those who have been behind the national team, for forgiveness". He also took the opportunity to send a message of optimism about the years to come. "We have a very bright future ahead of us", the Seville-born defender concluded.