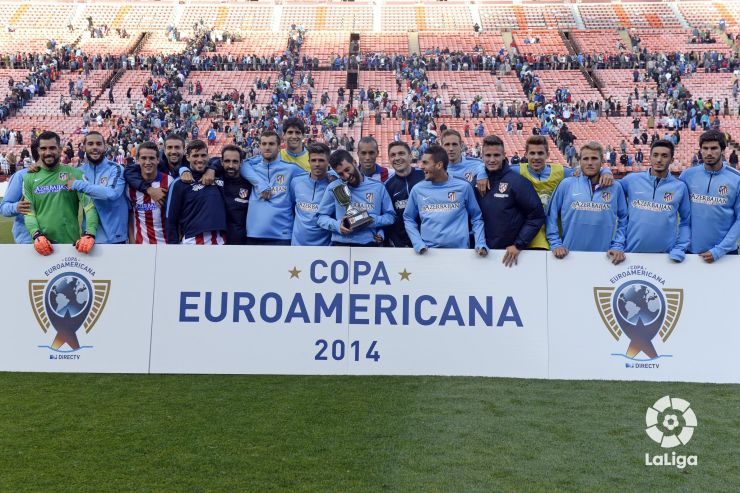 The Lige BBVA side beat the San Jose Earthquakes in the penalty shoot-out after the match ended 0-0.

Club Atlético de Madrid beat the San Jose Earthquakes on penalties in their first match as part of the LFP World Challenge Tour. The match finished 0-0 before being decided with a penalty shoot-out in what was the last game ever played in the legendary Candlestick Park.

Following the first threat on goal, a Khari Stephenson shot from distance, Atlético began to control the game and started to create chances of their own. The Spaniards' first real effort on goal came through a Mario Suárez strike that was saved by the keeper, which was followed up shortly afterwards with an Emiliano Insua header that just went wide of the post.

However, the clearest goal-scoring opportunity of the first half was Raúl García's penalty. The Navarro native’s spot kick struck the post and the keeper prevented Ghilerme Siqueira’s rebound from going in.

The San Jose Earthquakes had their best chance of the game just after the halftime break, a one-on-one situation between Tommy Thompson and Miguel Ángel Moyá, which the latter come out of on top. After that the tempo of the match dropped as more substitutes were introduced, and there were fewer and fewer chances on goal until the game drew to a close and the result had to be decided on penalties.

Stephenson and Billy Schuler's misses during the penalty shoot-out ensured the Spanish side won. Atlético will take on Club América in Mexico City on Wednesday in what will be their second match of the LFP World Challenge tour.