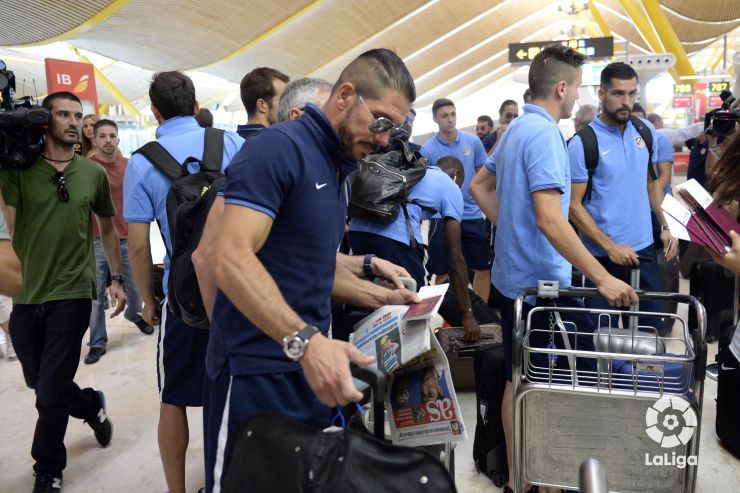 After several days in California, the Liga BBVA champions will arrive at the Mexican capital for the second stop on their LFP World Challenge Tour. There they will face Club América on Wednesday at the legendary Azteca Stadium.

Club Atlético de Madrid have begun the second stage of their LFP World Challenge Tour, which will take them to Mexico City. After a busy first half of the tour in California where the team took part in a large number of activities and a visit to the city of San Francisco, they ended with a victory on penalties against the San Jose Earthquakes after a 0-0 draw in normal time in the game held at Candlestick Park.

The Spanish club now travels to Mexico City for the second part of their Americas tour. At 1 pm San Francisco time (10 pm Spanish time), the team set off for the Mexican capital, where they will receive a warm welcome from a public who are always enthusiastic about Spanish football.

There, local idol Hugo Sánchez will act as LFP Ambassador in his own country, adding another incentive to this LFP World Challenge Tour. After a number of sporting, cultural and business events, such as the 'Spain Experience', taking place at Hacienda de los Morales, the highlight of Atlético’s trip to Mexico will be the match held at the Azteca Stadium on Wednesday 30, against one of Mexico's biggest sides, Club América.

The game will mark the end of Atlético's American tour, which has also enabled the team to get ready for the new season.