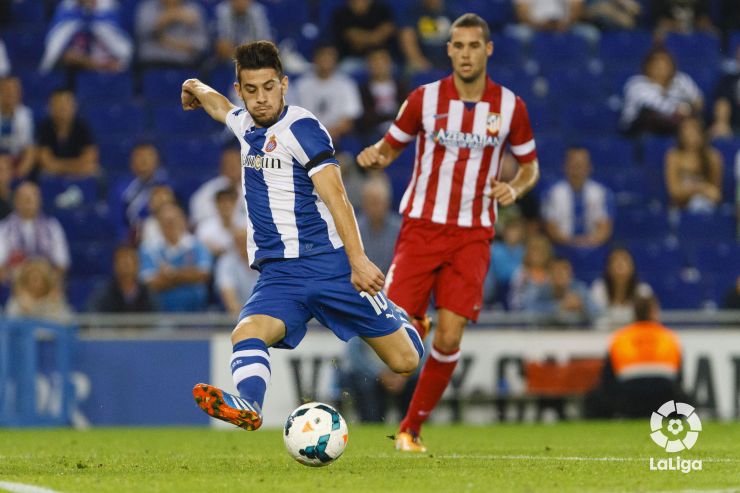 The end of Atlético and Barcelona's run

Osasuna and Espanyol have brought a halt to Atlético and Barcelona's winning streaks with their respective victory and draw on matchday nine.

CA Osasuna's draw against FC Barcelona and RCD Espanyol's victory over Club Atlético de Madrid ends their runs of eight consecutive victories in the Liga BBVA, meaning that both teams fell at the final hurdle in their bid to equal the Real Madrid CF's record from the 1968/69 season.

In the day's opening match, Real Madrid CF sealed a laboured victory over Málaga CF in which the latter's keeper, Willy Caballero, was outstanding. Goals from Ángel Di María and Cristiano Ronaldo gave the Whites a key victory which brings them a little closer to the teams at the top.

In the clash between two teams playing European football this season, Real Sociedad de Fútbol took three vital points from its visit to Valencia CF. The 1-2 result means that the team from Donostia climbs the table after a bad start to the Liga BBVA.

CA Osasuna managed to hold a seemingly unstoppable Barcelona to a draw, with some solid defending. In a match with few chances, the azulgranas came closest to scoring but the Sadar responded and the team from Navarre sealed a valiant 0-0.

Elsewhere, Atlético was unable to deal with an Espanyol which currently holds a European spot. An own goal from Thibaut Courtois was enough to give the Catalonian outfit three important points and end the Red and Whites' impressive run in the Liga BBVA. After this result, Barcelona has the top spot to itself.