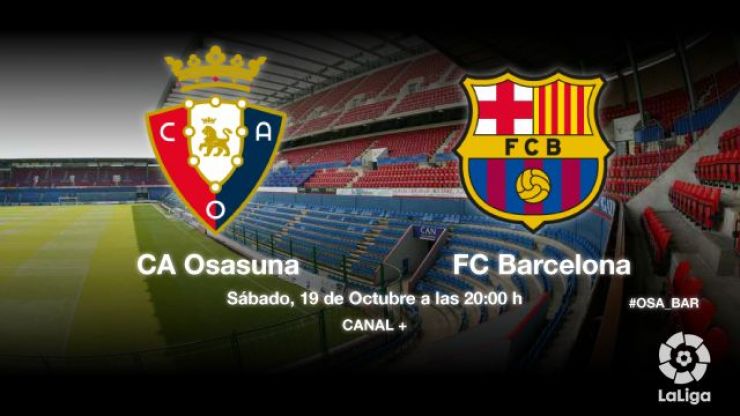 Whilst the side from Catalonia - who also welcome back Puyol - will be able to make league history, the home side need three points to move away from danger.

Liga BBVA leaders FC Barcelona will take on Osasuna, who currently sit in the relegation places, in the ninth round of league fixtures. If the side from Catalonia were to win at El Sadar, they would equal the best start ever to a season in Liga BBVA, which was attained by Real Madrid CF in 1968/69. They will look to do so with the good news that Carles Puyol is back from seven months on the sidelines. The Barcelona manager Gerardo Martino spoke satisfactorily about the player: “with Puyol what really caught my attention was his happiness to be back with the team again. This attitude for someone with his career and titles makes me enthusiastic too”.

They will be a complicated opponent for CA Osasuna, although the side from Pamplona are optimistic about their chances. “Our opponent’s level makes us conscious of how difficult the task will be, but we have hope and ability”, said manager Javi Gracia. The Basque outfit will look for a win without the injured Emiliano Armenteros, who joins Nino and Raoul Loé on the sidelines.