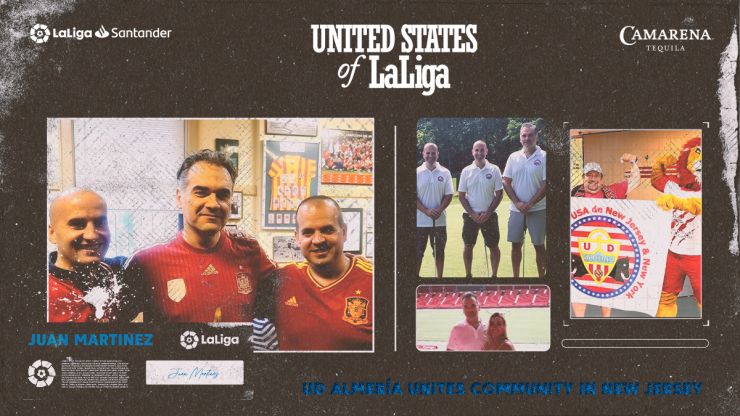 When Juan “Jonny” Martinez and his long-time girlfriend recently visited Córdoba to see La Mezquita, the couple asked one of the guards to take their photo, but unfortunately he couldn’t relinquish his post.

When Juan “Jonny” Martinez and his long-time girlfriend recently visited Córdoba to see La Mezquita, the couple asked one of the guards to take their photo, but unfortunately he couldn’t relinquish his post. Passing the phone to a woman nearby, Martinez struck up a conversation and noticed she was American. Coincidentally, she also hailed from New Jersey like he did.

On another trip to the Dominican Republic, where his girlfriend is from, Martinez, whose parents hail from Spain—his father Juan is from Galicia, while his mother Soledad is from Almería—felt like he was back in the country after seeing all the chorizo, jamón, queso manchego and Mallorca wines at the local grocery store.

It’s these simple reminders and connections that make the world a smaller place and help people from all corners relate to one another whether it’s over shared language, food or heritage.

That community and commonality was part of the reason why Martinez and friends Joaquín and Francisco Haro formed Peña UD Almería USA de New Jersey & New York in 2020.

“Regardless of this pandemic, people shouldn’t feel like they’re alone,” Martinez says. “It was founded at a bad time in history but for a good reason. It was to show people we can still be together during these hard times.”

The peña is the first international supporters club for UD Almería, which triumphantly returned to LaLiga this year after seven seasons in the Segunda División.

With a strong contingent of people in Paterson, N.J., with ties to the city in southeast Spain, Martinez thought it was a no-brainer to start a peña to bring the community—young and old—together to celebrate their shared love and appreciation of the Andalusian club, culture and heritage.

“We’re trying to bring the unity back with that (younger) generation,” Martinez says. “But even guys my grandfather’s age were like, ‘I want to be part of it.’”

The peña is an opportunity for Martinez and Almería fans and transplants to get together, break bread and watch their favorite club despite being more than 3,000 miles across the Atlantic Ocean in New Jersey’s third-most-populous city.

“We can all relate to certain things either here or going abroad,” he says.