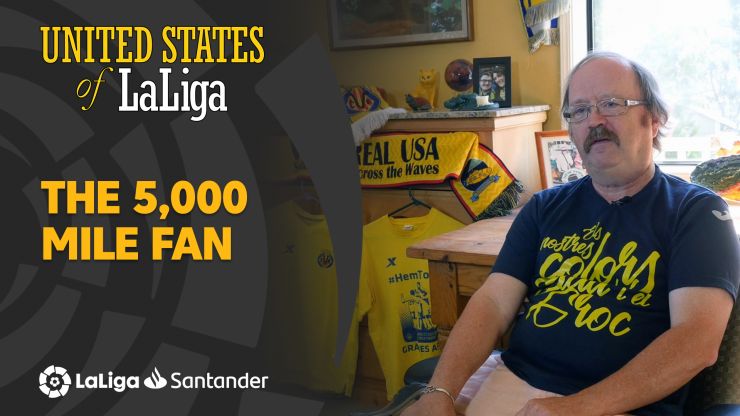 But Villarreal did make it to #LaLigaSantander and they did have an impressive streak in Europe in the early 2000s. These events changed the course of Allen’s sports fandom, transforming him into the self-described number one fan of Villarreal CF in the U.S.

Watching Marcos Senna blew him away and cemented his dedication to Villarreal. After a stretch of success, however, all came falling down and Villarreal were relegated to LaLiga’s second division. Allen stayed loyal in spite of that, attributing his loyalty to the beauty of the team’s story.

“I love the story of the team... It's different than supporting a team that you expect to win every game. You don't,” he said.

Allen’s fandom is evident across his house where he has merchandise and relics of the Valencian club on display. From there, he runs the Villarreal USA website, sometimes waking up at 3:00 AM to watch a match and write a story.

He has high hopes for the club’s future and is cheering them on in their LaLiga and European endeavors this season with the hope that he’ll be able to travel to Spain to see them play again soon.