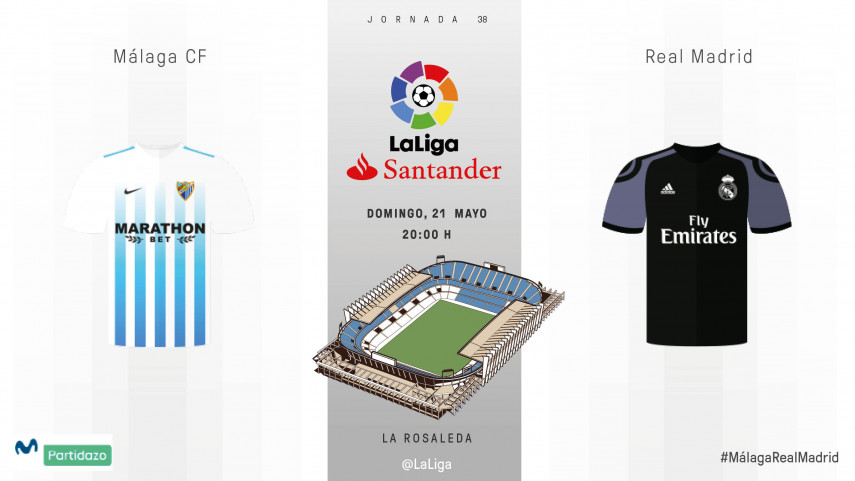 Real Madrid raring to finish the job at La Rosaleda

A point away to Malaga, who have enjoyed a strong end to the season, would be enough for Los Blancos to capture their 33rd LaLiga Santander title.

- The Andalusians might not appear to have much to play for but, after an erratic patch earlier in the season, they have surged up the table in recent times and have every reason to want to keep up the momentum ahead of next term.

- Malaga have won their last four home matches on the trot. Michel has put the club back on an even keel and rekindled his team's mojo, and beating Real Madrid to make it five wins on the spin at La Rosaleda would be the perfect way to round off the campaign.

- After moving three points clear of FC Barcelona with their midweek victory in Vigo, the Madrilenians simply have to avoid defeat to be certain of claiming the title, which would be their first since 2011/12 and the 33rd in their history. Assuming they do get the job done, this will also mark the first time that Luka Modric, Gareth Bale, Keylor Navas, Marco Asensio, Isco, Danilo, James Rodriguez, Kiko Casilla, Mateo Kovacic, Mariano and Ruben Yanez have tasted LaLiga Santander glory.

- Zinedine Zidane was adamant ahead of the game that his side will not be coasting in pursuit of the point they need, but rather going all out for the victory: "We don't know how to play for a draw. This club's DNA is all about playing to win."

#RMLiga
We have have secured six league titles on the final day of the season!

Getting to La Rosaleda