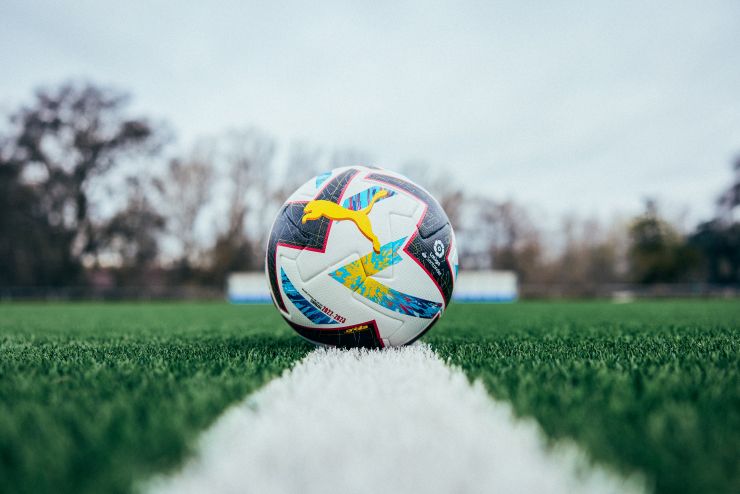 The ball was unveiled simultaneously in six countries and the national event was held at the "LaLiga TwentyNine's" restaurant on Madrid's Gran Via.

Sports brand PUMA and LaLiga have presented the official LaLiga Santander and LaLiga SmartBank ball for the 2022/23 season, the PUMA ORBITA LaLiga. With powerful graphics inspired by the hypnotic effect of a kaleidoscope, the design concept of the new ball raises the game in a world steeped in footballing culture.

The launch of ORBITA was held simultaneously in six countries around the globe: Spain, Korea, Egypt, Mexico, South Africa and Thailand.

The national event was held at the recently inaugurated "LaLiga TwentyNine's" restaurant on Gran Via in Madrid, which was given a special makeover for the occasion and hosted an interactive experience inspired by the new ball.

Oscar Mayo, LaLiga's executive director, and Javier Ortega, PUMA's general manager for southern Europe were on hand to reveal the centrepiece of the 2022/23 season.