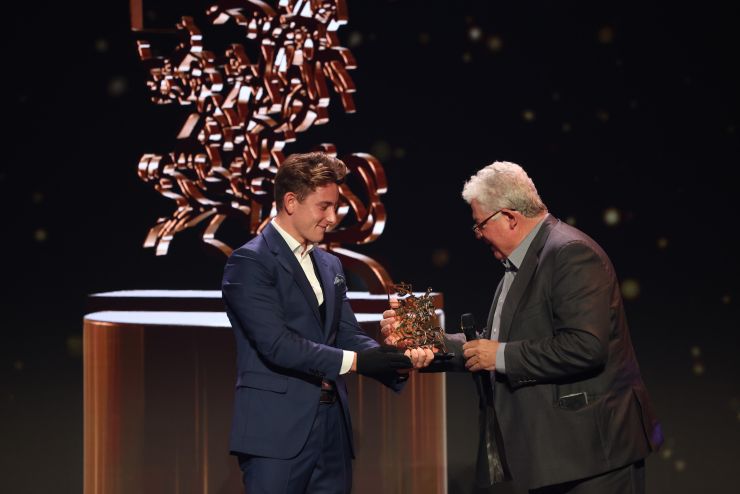 LaLiga’s use of cinematic cameras in live broadcast with the support of MEDIAPRO has earned the Spanish league a prestigious win of Innovation Prize at SPORTEL Awards 2021.

A new initiative from LaLiga’s audio-visual department to introduce a state-of-the-art pitch-side camera into matchday broadcasts has seen the league win the Innovation Prize at SPORTEL Awards 2021.

The award winning matchday technology, introduced with broadcast partner MEDIAPRO, was designed to bring football fans closer than ever to the players and to improve the fans broadcast experience. The Innovation Prize at the SPORTEL Awards recognises a sports sequence that shows innovation in production, image and technology.

The images which have never been seen before in live football are produced thanks to a lightweight, mirrorless cinematographic camera mounted on a Steadicam that is operated within the stadium and connected to live broadcast via a wireless link. The duality of the camera allows for both a cinematic look more commonly seen in video and gaming, and a broadcast look most seen in sports coverage.

The camera used by MEDIAPRO for this production is a SONY Venice FF 6K format with Prime Lens T1.5 aperture with a 12G 4K link and HDR colour curve in BT 2020. To switch from broadcast mode to cinema mode with minimal depth of field, LaLiga utilises the CINEFADE variable ND filter, that allows this change to be progressive and noticeable by viewers.

Speaking on the win, Melcior Soler, Head of the Audiovisual Department at LaLiga said, “We are delighted to have won at the SPORTEL Awards, as it recognises our constant desire to improve our fans viewing experience. The first activation last season was such a roaring success that it has become a standard in all our top games every matchday since then. We pride ourselves on being at the cutting edge of technology and innovation with MEDIAPRO and for this to be recognised in such a notable award is a wonderful achievement.”

LaLiga has 14 stadiums with aerial cameras, all of which offer a unique vision of the game, as well as drones for other aerial shots, 360˚replays at 8 of its stadiums, among other cutting-edge audio-visual technologies that provide a unique television experience.