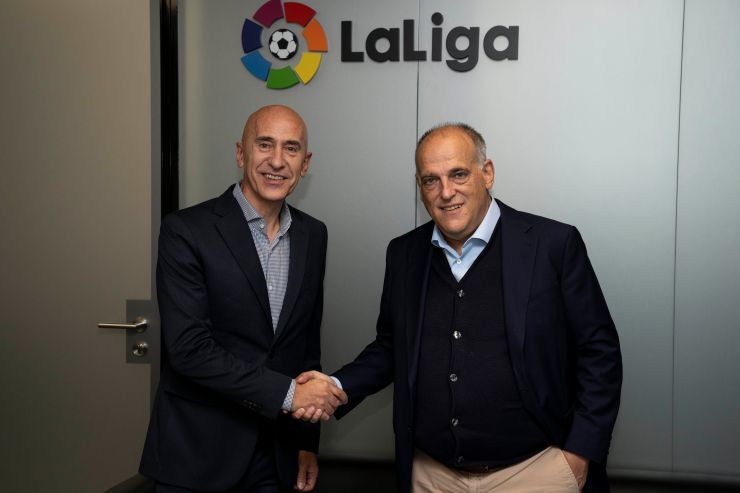 World Padel Tour and LaLiga Tech have reached an agreement for LaLiga’s technology subsidiary to take charge of the digital transformation the Circuit will undergo.

World Padel Tour is stepping into the future alongside LaLiga Tech, agreeing a partnership that will strengthen the Circuit using data and digital experiences.

Data analysis has proven key to improving user experiences and has been the foundation of growth for major professional leagues in recent years, including LaLiga which began its own digital transformation process in 2014.

As part of its efforts to share this value with the wider sports industry, LaLiga Tech has become the technology partner for World Padel Tour, one of the world’s fastest-growing competitions of the last five years.

The alliance was formed with the intention of accelerating World Padel Tour’s digital transformation using technologies designed specifically for sports and entertainment, leaving the Circuit in a stronger position at all levels.

Starting off with the creation of a new digital ecosystem, the birth of an OTT platform will be one of the first landmark achievements of this long-term project that aims to improve World Padel Tour fan experience definitively.

LaLiga Tech CEO Miguel Angel Leal stated the following: “We are delighted to start this journey with World Padel Tour and build a unique digital experience for its fans. The digital assets that we make available will allow the Circuit to interact with fans and integrate the data of fans, players and the competition in a single platform, promoting the growth of World Padel Tour and accelerating its digital transformation.”

From his side, after formalizing the deal with LaLiga president D.Javier Tebas, World Padel Tour General Director, Mario Hernando, highlighted “It is a privilege to be able to establish an alliance with a company whose experience has been shown in a competition as solvent as LaLiga. The commitment to generate a new digital ecosystem that promotes the competition is a strategic objective for World Padel Tour and this agreement emphasizes that.”