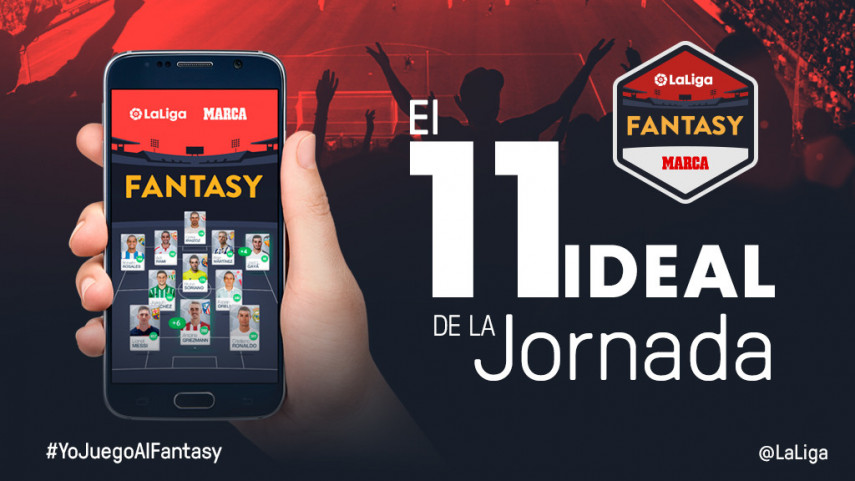 These are the 11 players who racked up the highest number of points on Matchday 16 of the 2016/17 league campaign.

Another action-packed weekend of football has come and gone and it is time to take a look back at a thrilling sixteenth matchday. The LaLiga Fantasy MARCA Matchday 16 Best XI recognises the top players in the final set of games this year.

Real Sociedad have finished the year on scintillating form and contribute the most players to the Best XI with three members after their 2-0 away win over Granada CF. However the Player of the Matchday goes to Sevilla FC's Luciano Vietto, who netted two goals in his team's 4-1 victory over Malaga CF. The striker's 19 points make him the top performer of the matchday. 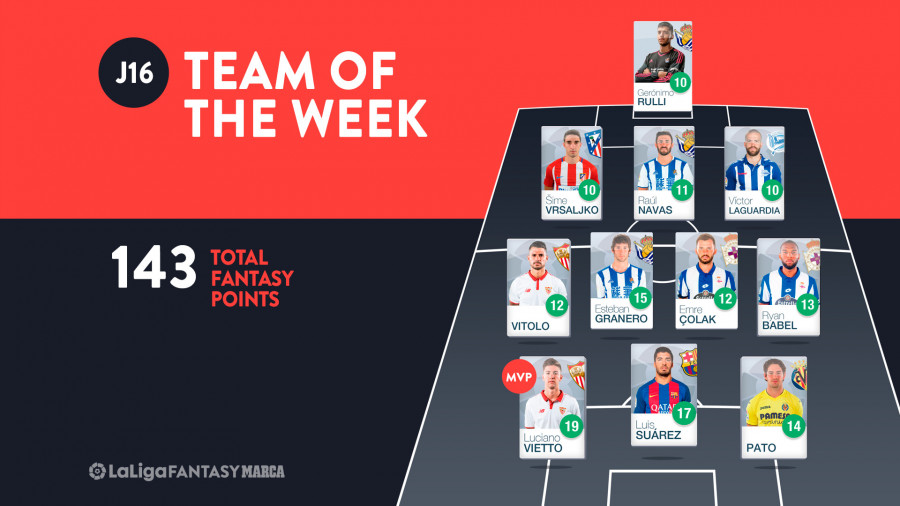 Keeping goal in the Best XI for the week is La Real's Geronimo Rulli following his superb display against Granada which earned him 10 points. Holding the line ahead of him in defence are his teammate, Raul Navas (11 points); the D. Alaves defender Victor Laguardia (10); and the Atletico Madrid full-back Sime Vrsaljko (10).

La Real also have the top-performing midfielder of the matchday in Esteban Granero (15 points). He is accompanied by Sevilla's Vitolo (12) and two RC Deportivo players, Emre Colak (12) and Ryan Babel (13).

Meanwhile, the strike force for the Best XI of Matchday 16 fired in a total of five goals between them, and consists entirely of South Americans. The Player of the Matchday, Vietto (19 points), netted two of them, as did FC Barcelona's Uruguayan striker Luis Suarez (17), with the final one going to Villarreal CF's Alexandre Pato (14).