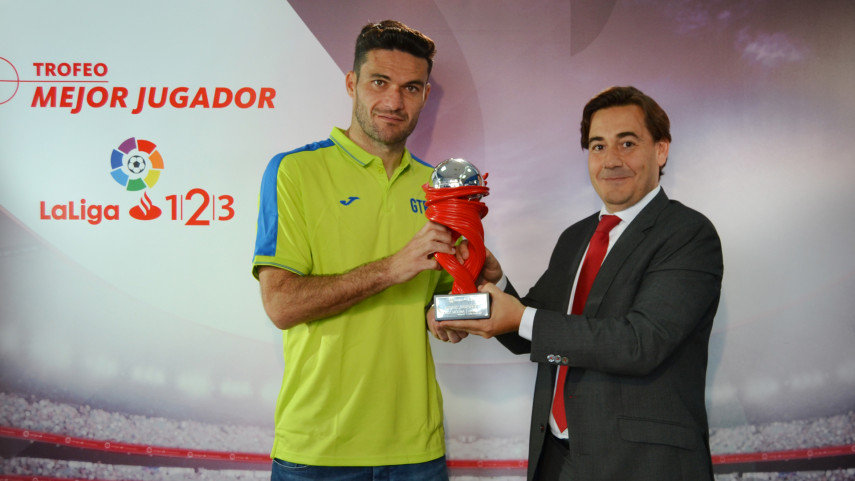 The Getafe striker picks up the award, after being among the goals for his club throughout the month.

Getafe CF forward Jorge Molina has been named LaLiga 1|2|3 Player of the Month for April, thanks to his sterling performances for the Madrid-based outfit. 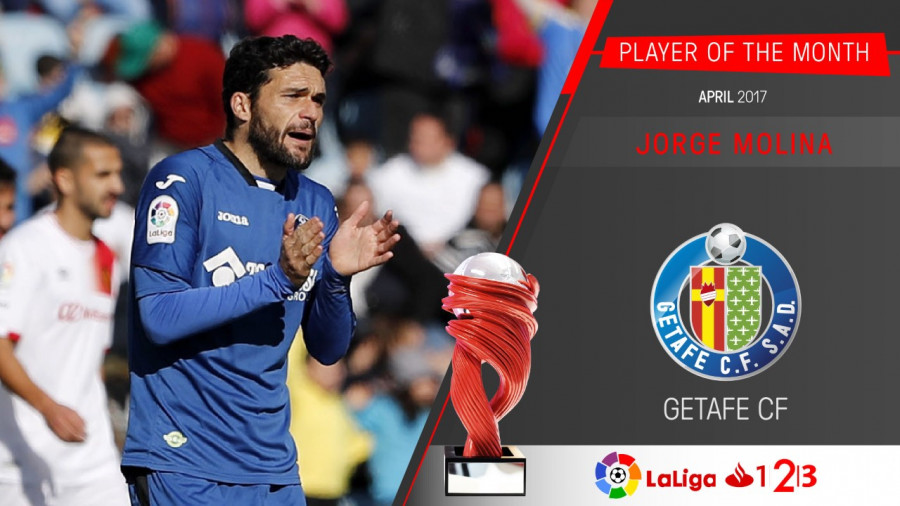 The 35-year-old played a pivotal role in Getafe's impressive run of results in April, racking up three goals that saw him keep himself in the chasing pack to finish the campaign as top goalscorer. His first goal of the month came against league leaders Levante UD when he opened the scoring in a 2-0 home win. Molina was on the scoresheet once again the following weekend in the 3-0 derby victory away to AD Alcorcon and his third and final strike came in the 2-1 success at R. Zaragoza.

This accolade – which is awarded by Santander, the competition's main sponsor, and voted for by the LaLiga.es writers – was presented by Pedro Bergillos Serrano, Director of the Banco Santander Getafe office.