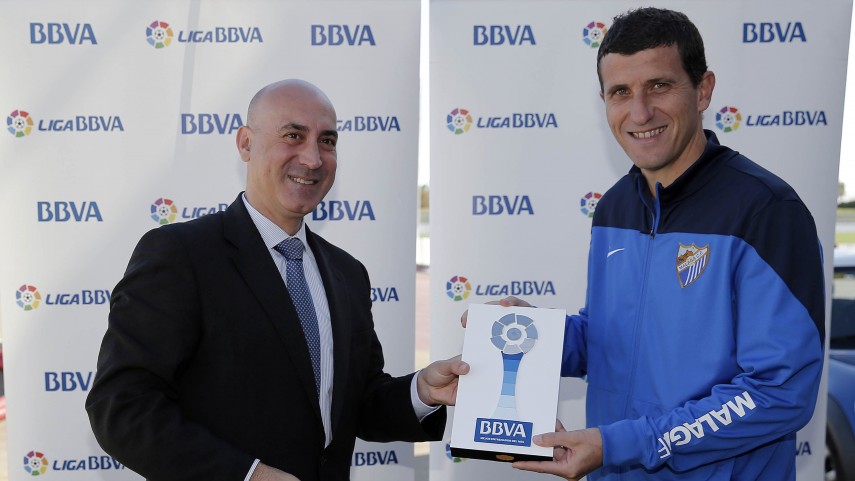 The Malaga CF coach receives the award after his side won 10 out of a possible 12 points in the month of December.

Javi Gracia has been named Liga BBVA Manager of the Month for December after guiding his side to three wins and a draw. The 45-year-old managed to steer Málaga CF away from the relegation zone thanks to an effective style of play that earned them wins over Rayo Vallecano (2-1), Atlético Madrid (1-0) and Levante (1-0).

The Andalusians have made the defence their strongest card and they have only conceded one goal in four games. After a 0-0 draw against Athletic Bilbao in the first week of December, the team moved on with three straight wins, an unbeaten run which has continued through into January.

This award, granted by the league's main sponsor BBVA, and chosen by the editors of LaLiga.es, is a recognition of his work throughout the month when Málaga proved themselves to be one of the form teams of competition.