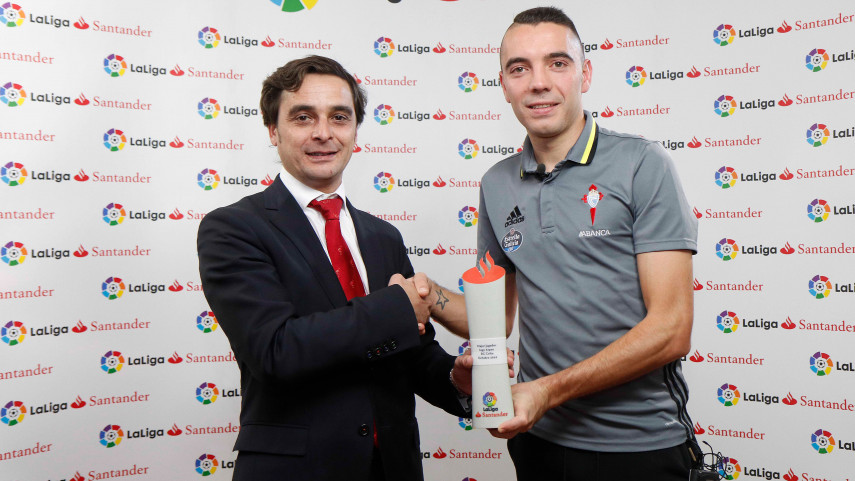 The forward has collected this accolade after starring for Celta throughout the month, including notching five goals across three league games.

RC Celta attacker Iago Aspas has been named the LaLiga Santander Player of the Month for October after spearheading the charge for a team that provided entertainment aplenty last month, picking up two high-scoring wins and also being involved in another goal fest that ended all square.

Aspas has been instrumental in the Galician club's recent rise up to eighth in the table. His braces in October helped his side secure a 4-1 derby triumph against RC Deportivo and a valuable 3-3 draw away to UD Las Palmas. The academy graduate also chipped in with another goal and an assist in the thrilling 4-3 victory over champions FC Barcelona.

This accolade – which is awarded by Santander, the competition's main sponsor, and voted for by the LaLiga.es writers – was presented by Teodoro Francisco Rivadulla Pereira, the bank's director for Zone 7, Lugo.