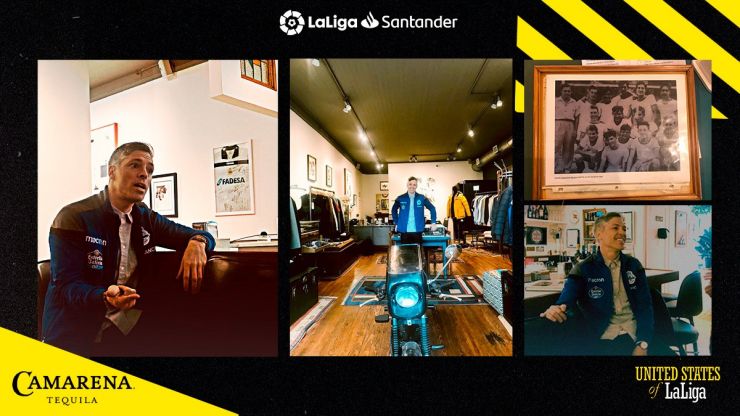 Brooklyn native David Alperin, is a die-hard Deportivo de La Coruña fan. Raised in a family that immigrated from Coruña in the mid-1900s, David has maintained their tradition of supporting the LaLiga club.

Brooklyn native David Alperin, is a die-hard Deportivo de La Coruña fan. Raised in a family that immigrated from Coruña in the mid-1900s, David has maintained their tradition of supporting the LaLiga club

“From one years old to 18, me and my sister spent every summer in A Coruña and these were the days of Super Depor.”

The club at the time, packed with stars such as Bebeto, Fran, Mauro Silva, and Donato, won LaLiga in the 1999-2000 season, were runners up four other times between 1993 and 2002, and accumulated multiple Copa Del Rey and Spanish Supercopa titles.

“The 90s for me were what made me a super devoted lifetime fan. I feel so Gallego,” said David.

Decades later, with Depor fighting to return from Segunda B to LaLiga Smartbank, David still carries the club close to his heart.

He chased his dreams of playing professional soccer, ideally before Depor, before hanging up his cleats and entering a career in banking. Years later, he pivoted to open Goose Barnacle, a concept store and speakeasy in Brooklyn, inspired by Depor, that has transformed into a gathering place for his family and the local soccer community.

Ultimately, he returned to playing soccer with Depor top of mind. He joined a group of friends in a club team which he eventually rebranded Goose Barnacle FC something he describes as “a tribute team to the club I love so much.”

Through life’s twists and turns, the good times and the bad, David’s passion for Depor has continued.