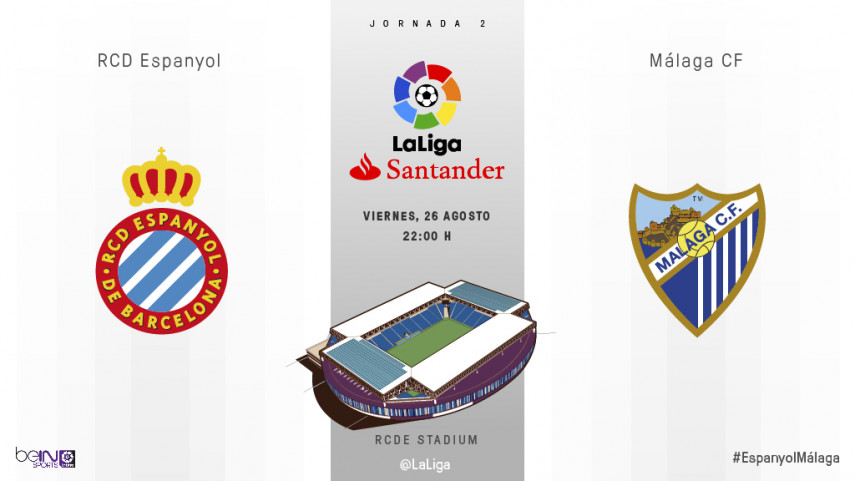 First win of the season the target at the RCDE Stadium

Espanyol and Malaga are both bidding to bag three points at the second time of asking as they look to demonstrate that their respective new regimes are on the right track.

- Despite being knocked for six in the process of falling to defeat in their LaLiga Santander opener, the Pericos will have taken plenty of positives from their performance, not least the fact that they netted four times away from home. Now the aim is to reproduce that attacking firepower to make a splash in coach Quique Sanchez Flores's first home game at the helm, while tightening up at the back to turn the goals into points.

- Juanpi got the division up and running in the scoring stakes for the season, but his strike ultimately only proved enough to claim a draw, so the Andalusians are also eyeing a first victory of the campaign this matchday.

- Juande Ramos is out to hit the ground running in his tenure and will be hoping to show that he has stamped his mark on his new surroundings quicker than his counterpart in this clash of two sides undergoing a transition.

Getting to the RCDE Stadium