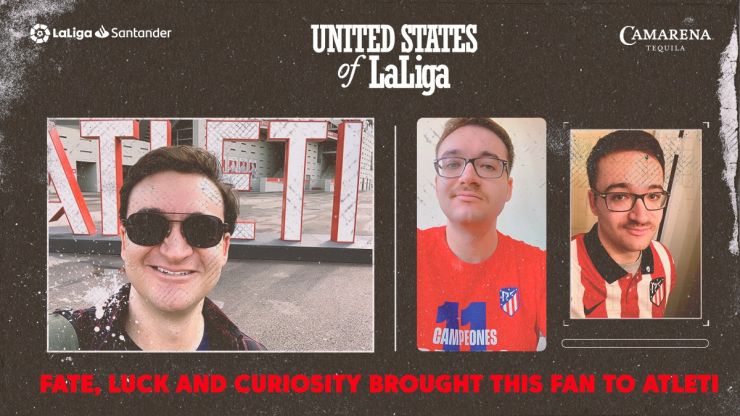 For many soccer supporters, their fandom is chosen for them, whether it’s passed down from generation to generation or based on what part of a city they grew up in.

For many soccer supporters, their fandom is chosen for them, whether it’s passed down from generation to generation or based on what part of a city they grew up in.

Witnessing friends rant, rave and celebrate their respective clubs on social media, Beren, who grew up predominantly following major North American sports, figured he would give soccer a shot.

Dabbling in the Premier League first, Beren didn’t want to have his soccer fandom limited, so he expanded to the Bundesliga, Serie A and LaLiga. Midway through the 2012/13 season as he glanced at the LaLiga table, he noticed an unfamiliar team sandwiched second between perennial powers FC Barcelona and Real Madrid.

A graduate of the Walter Cronkite School of Journalism and Mass Communication at Arizona State University, Beren began researching this “other” Madrid club, reading up on its history, famous players, culture and, of course, its fiery manager.

“With Atlético I found something I haven’t found elsewhere in my life following sports,” Beren says. “I found the values that the coach and the players at least nominally and at best actively espouse and like to embrace and promote: blue-collar values, hard work, never giving up—nunca dejes de creer. That’s something that quite frankly not every club has.”

Beren’s passion for Atléti, which won the 2013 Copa del Rey and the 2013/14 LaLiga title to further cement “the love affair that still exists to this day,” doesn’t just involve waking up as early as 5 a.m. to watch the club from afar. As manager of Into the Calderon, an English-language Atlético Madrid community on SB Nation, Beren covers his club on a daily basis.

During a recent trip to Portugal and Spain in October, Beren was able to soak in the experience and atmosphere at the Metropolitano for the first time, covering Atléti’s 2-2 draw with Bayer Leverkusen in the UEFA Champions League on October 26.

“That was one of the most unique experiences of my life,” he says. “Being on press row and being in the Metropolitano with 60,000 people screaming, that was something you look back on in 20, 30, 40 years and say, ‘That was pretty freaking cool.’”

Into the Calderon not only provides Beren with a platform to celebrate and criticize his club, but is also a way to connect with a community of fellow fans around the globe. Beren has also thought about creating a peña, but he has to figure out where he is going to live first. He has his sights set on Spain, and in particular Madrid, in the near future.

“Into the Calderon has become a bit like lifeblood for me,” he says. “To have that platform and that basis was super important to me to get some of the stuff out there and channel some of the feelings I had about the team rather than walking around my apartment talking to myself.”