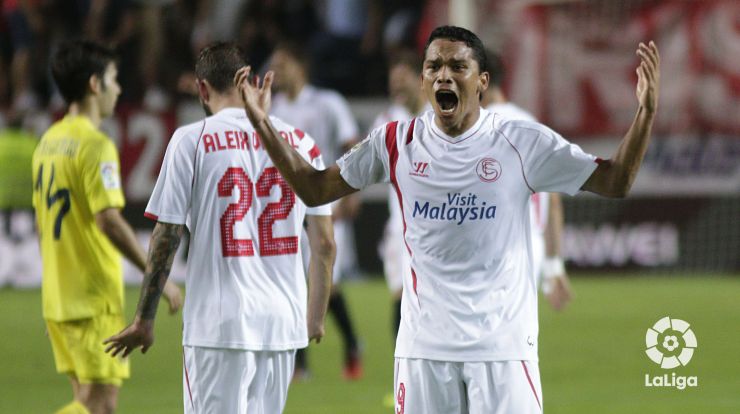 Despite Vietto putting Villarreal ahead, the Andalusian side made a late comeback and climb to second place.

Sevilla FC beat Villarreal CF 2-1 on Liga BBVA matchday nine. Unai Emery's men turned the match on its head in the dying minutes and they are now in second place with 22 points, the same number as FC Barcelona.

Both teams had their moments in the first half, but neither had many chances to take the lead. The home side eventually proved superior and applied pressure that prevented Villarreal from playing, although Bruno could have put his men ahead with a powerful strike. The Andalusian side were quick to respond and, one minute later, Gerard Deulofeu crashed a ball into the post straight from a corner. Just before the break, Beto produced the save of the match to stop a point-blank strike from Uche.

The Nigerian forward was back with another chance in the second half, but his shot glanced wide off the post.  Marcelino García Toral's men began to believe they could win and dominated early in the second half. The Yellows got their just desserts after 80 minutes, when Luciano Vietto put the finishing touches on a great cross from Cani.

But the home team, who were not ready to give up, dug deep and levelled with an excellent goal from Denis Suárez. In added time, the Ramón Sánchez-Pizjuán exploded with celebrations when the referee pointed to the penalty spot and Carlos Bacca duly converted to complete Sevilla's comeback and their best ever start to the league.