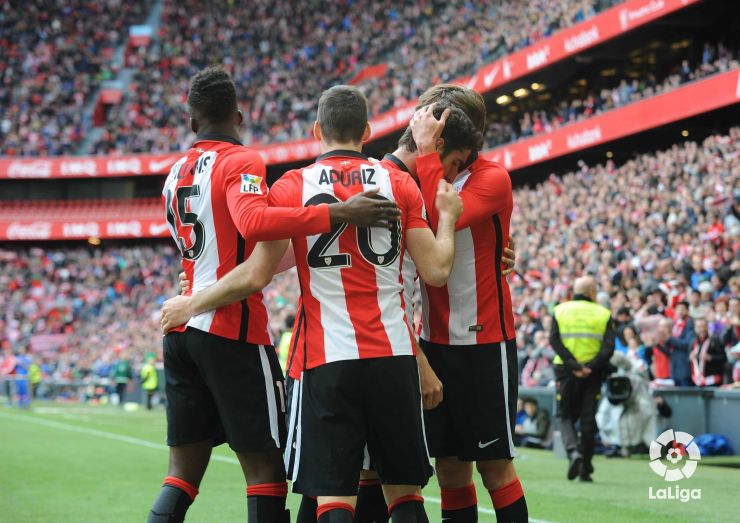 Aduriz and Raul Garcia cancelled out Orellana's opener to move the Basques into fifth spot, a point ahead of the Galicians.

Visitors impose their personality
Eduardo Berizzo's excellent work at the RC Celta helm is reflected out on the pitch. His side are bold, enterprising and effective in attack, always displaying personality aplenty. Fabian Orellana, one of the key embodiments of this style, has had a fantastic season and shone once again at San Mames. He broke the deadlock, finishing emphatically after latching on to Marcelo Diaz's well-weighted pass over the top, and in the process had his team on course to extend their advantage over Athletic Club in the race for fifth spot and the pursuit of fourth-placed Villarreal CF.

Aduriz spearheads home response
The veteran Athletic marksman, who has been around the block more than a few times, drew on all his experience to come to his team's rescue, hauling them back into the game when they were being passed into submission by the visitors from Vigo. His spirited reaction helped spur his teammates on just when they most needed it. The 35-year-old won a penalty and picked himself up to bury it, lifting the fans and adding further spark to a match that had been extremely open and well contested from the first whistle. 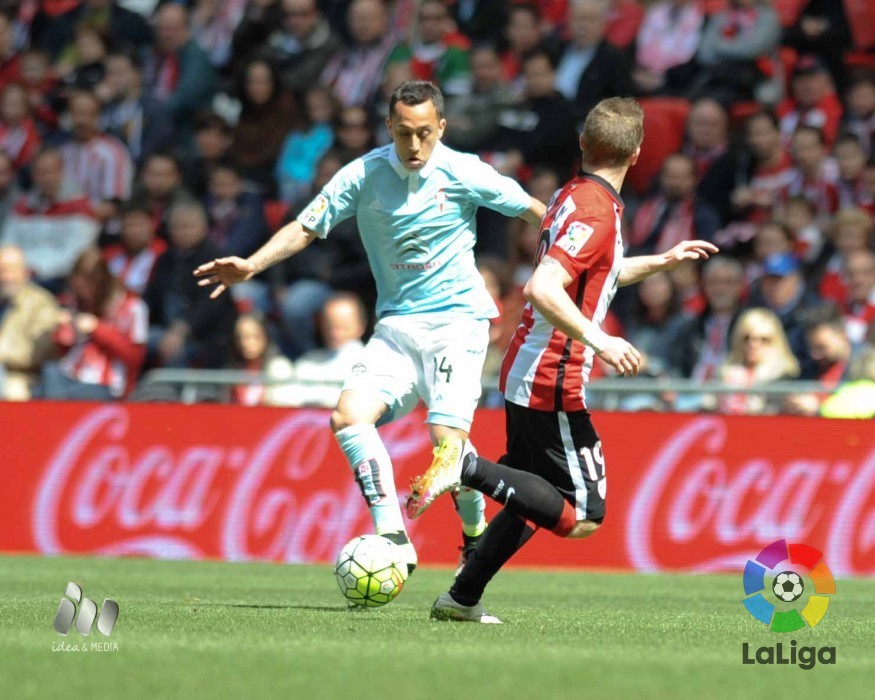 Hosts put their foot down in second half
The Basques dominated after the break. With Gustavo Cabral given his marching orders in the latter stages of the first half, the 10-man Galicians retreated and sought to hit their opponents on the counter to snatch victory. For their part, Athletic came close to forging ahead right after the restart, Raul Garcia striking the woodwork, and they kept up the pressure on Sergio Alvarez's goal until the breakthrough arrived.

Garcia not to be denied
The mark of any poacher is being in the right place at the right time, and that was exactly the case for the winner. After fighting off the attentions of a defender in the box, Garcia adjusted his body smartly to fire home at the second time of asking and seal the hosts' turnaround. Celta huffed and puffed thereafter but were unable to conjure up an equaliser, meaning that Athletic have leapfrogged them into fifth in the table with 58 points, one more than Berizzo's charges.