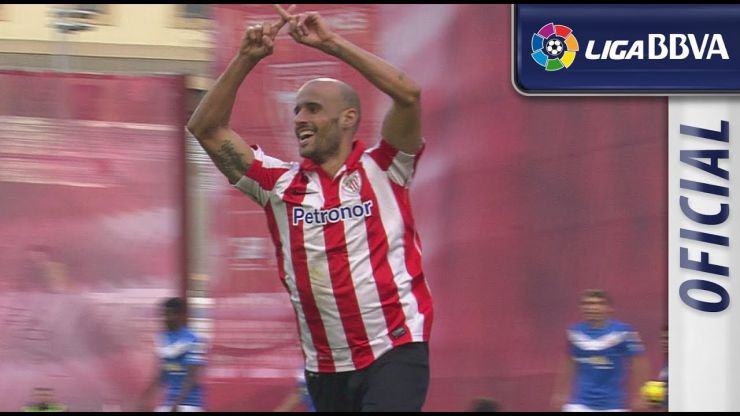 The 'rojiblancos' beat Almería 6-1 establishing itself in fourth place in the Liga BBVA.

Athletic Club defeated UD Almería 6-1 in the Liga BBVA matchday 19 match. With goals from Mikel Rico, Ander Herrera, Aymeric Laporte, Aritz Aduriz and a brace from Ibai Gómez, the rojiblancos have established themselves in fourth place and are still yet to taste defeat in the new San Mamés. For their part, the side from Almería provisionally maintain their fourteenth spot.

The match could not have started better for Athletic. After just six minutes of play, Mikel Rico put Ernesto Valverde's team ahead with a powerful shot after latching on to Aduriz's pass. The home team maintained the high tempo and Ander Herrera and Laporte made it 3-0 after half an hour. The goal from the centre-back makes the rojiblancos the Liga BBVA team with the most goals from defenders (seven). Only Hélder Barbosa, with a great header, was able to cut the deficit for Almería before the break.

In the second half, Aduriz picked up the baton to put Athletic 4-1 ahead when the clock read 52. Finally, Ibai Gómez put the icing on the cake with two more goals: first with an exquisite strike into the top corner in the 68th minute and then with a solid stroke from the penalty spot with three minutes to spare, making the final score 6-1.