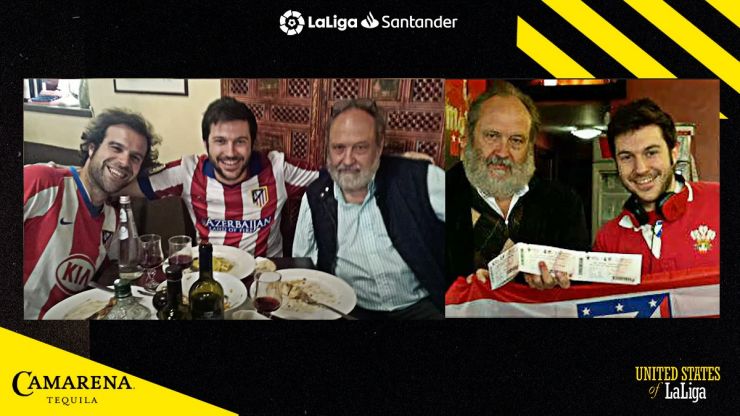 “I’ve been a follower of Atlético Madrid since I was two years old,” said Antonio Segovia.

His dad had inherited the fandom from his father, and he eventually passed it down to Antonio and his brother.

Antonio’s father taught him a lot about being a fan - in both the good times and the bad. One match, they were at the Vicente Calderón stadium watching Atlético suffer through a difficult first half against FC Barcelona. Antonio wanted to leave, thinking the rival club would score another three goals.

“My father looked at me and said, ‘We’re Atlético Madrid fans. We’re still here until the end, no matter what.’”

Atlético went on to mount a spectacular comeback, winning the match 4-3.

Antonio moved to the United States in 2003 and eventually started a family of his own.

“Now what I’m trying to do is pass that legacy on to my children. It’s tough because we’re some 5,000 miles away from Madrid and from the stadium.”

Still, he makes every effort to replicate the stadium experience as home for his kids by teaching them the clubs’ songs, dressing up for gameday, and waving Atlético’s red and white striped flag around the house. All of his efforts have ensured that the Segovia family’s Atlético fandom will continue for generations to come.