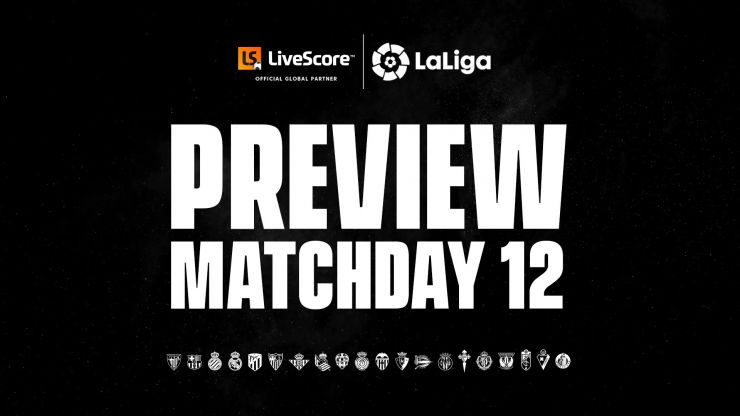 FC Barcelona are looking to make it six LaLiga Santander victories in a row to maintain their form at the top of the table, while Real Madrid, Atletico de Madrid and Granada CF attempt to keep pace close behind.

FC Barcelona were in rampant form as they made it five LaLiga Santander wins in a row by beating R. Valladolid 5-1 on Tuesday evening, with Lionel Messi grabbing a brilliant brace. Despite the Argentinian only featuring in five LaLiga Santander games so far this season, he has already contributed four goals and four assists, which he will be looking to add to when Barca travel to Levante UD. The home side come into the game off the back of a good 2-1 victory away to Real Sociedad, which came following two consecutive league defeats. Levante UD will be hoping for a repeat of their thrilling 5-4 victory over the Catalan side in 2018, although they may be hard pushed as that remains their only LaLiga Santander victory over FC Barcelona, with the Catalans winning this fixture 5-0 last season.

Sevilla FC come into this weekend’s fixture against Atlético de Madrid unbeaten in their last three LaLiga Santander matches, having picked up seven points from a possible nine. Sitting in the top six, they will be looking to make it three LaLiga Santander home victories in a row. They find themselves, however, against the tightest defence in LaLiga Santander so far this season: Atlético have conceded only six goals in their 11 matches, keeping an impressive seven clean sheets. The Madrid side have often had the better of this fixture in LaLiga Santander, winning 13 of the last 20 encounters, although it has been tight in recent years with both games between these two finishing in 1-1 draws last season.

Real Madrid made up for their shock 1-0 defeat to RCD Mallorca in Gameweek 9 by securing a 5-0 victory at home to lowly CD Leganes in midweek. That victory was their third in five league games and saw them keep their first clean sheet in three LaLiga Santander outings. This weekend, they welcome a Real Betis side who secured a last-minute 2-1 victory over RC Celta on Wednesday evening. That result moved Betis out of the relegation zone but was just their third win in 11 league games so far this season. Historically, the Madrid side have had the upper hand over Betis, although Betis ran out surprise 1-0 victors at the Santiago Bernabéu last season.

Granada CF slipped to only their third LaLiga Santander defeat of the season on Thursday night as they fell to a good Getafe CF performance. Despite that, they sit third in the table after a great start to the campaign having won six of their first 11 games. Four of those victories have come at the Nuevo Estadio de Los Cármenes, where they will be confident of getting a positive result against this weekend’s visitors, Real Sociedad. Sociedad’s 2-1 midweek defeat at home to Levante UD was their third defeat in five LaLiga Santander games, a run which has seen them slip out of the top four after an impressive start to the season. 10 of Sociedad’s points this campaign have come on the road and they will be hoping to continue their fine form against this weekend’s hosts having won each of the last four LaLiga Santander encounters between the teams.