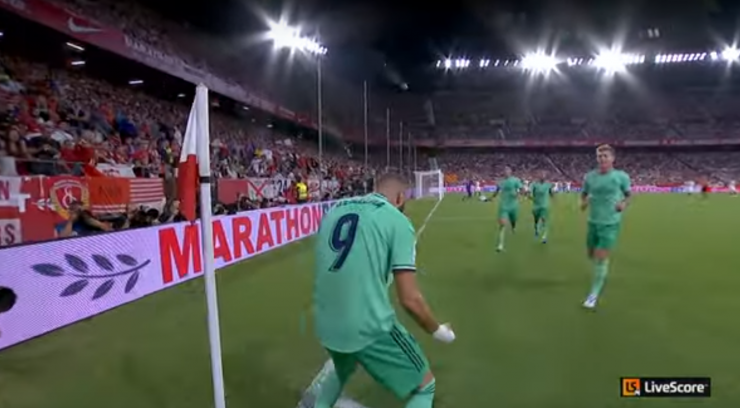 Athletic Club will look to remain at the top of the LaLiga Santander table as they play lowly C.D. Leganes while FC Barcelona look to snap their worst start to a season in 25 years.

Real Valladolid CF’s four-game winless streak continued as they lost 2-0 away to Villarreal on the weekend, as their defensive frailties once again reared its ugly head. They host a newly-promoted side in the first set of midweek matches for the season, which normally could offer an opportunity to get back into form, however Granada CF come to town fresh off the upset of the season, beating FC Barcelona 2-0 on the weekend. That victory lifted Granada CF into third on the LaLiga Santander table after three-consecutive victories, a fantastic start to their campaign. Granada CF won the last time the two sides met in 2018 in LaLiga SmartBank, and have won three of the past four.

Real Betis played out a scoreless draw away to LaLiga SmartBank champions C. A. Osasuna on the weekend, a ground where the home side have not been beaten in over a year. They will take some positives out of the match but find themselves with just one win from their opening five matches of the season. They welcome Levante UD who have stalled in recent weeks after winning two of their first three games. Levante UD also played out a 0-0 draw in their last meeting, and with both sides scoring just six goals from their five games this year, we could see a low-scoring affair. Levante UD won both fixtures last season with an astonishing aggregate of 7-0 across the two games. Real Betis won the five prior meetings however.

FC Barcelona head back to the Camp Nou with their tail between their legs after being dismantled 2-0 away to newly-promoted Granada CF on the weekend, condemning the reigning LaLiga Santander champions to their worst start in 25 years. Even the return of Lionel Messi couldn’t spark FC Barcelona, who have earned just seven points from five games to sit four points adrift of arch-rivals Real Madrid, who are level with Athletic Club atop the table. They host Villarreal who have won back-to-back games for the first time this season with a near identical record to FC Barcelona. Villarreal have one fewer loss and one more draw than their opposition, both have scored 12 goals, with Villarreal conceding one less goal. The recent form between these two sides makes for a much more difficult reading however, as Villarreal haven’t beaten FC Barcelona in LaLiga Santander since 2008.

C.D. Leganes earned their first point of the season with a 1-1 draw away to Valencia CF, but remain at the bottom of the LaLiga Santander table after an alarming start. They will feel emboldened with their performance on the road to a Champions League side, but will need a lot more if they are to climb out of the relegation zone in the coming weeks and months. Unfortunately they welcome the league leaders in game week six, with Athletic Club winning 2-0 at home to D. Alaves to maintain their perfect start and consolidate another clean sheet. Athletic Club have conceded just once through their opening five games, and given Leganes have scored just twice this season, they will believe they can add a fifth clean sheet to their tally. Athletic Club won both fixtures between the two sides last year and have only been beaten once by Leganes in LaLiga Santander.

Valencia CF will feel they let two points go, failing to overcome Leganes who were without a win through their opening four matches of the season, scoring just one goal in that period. After an impressive midweek Champions League win away to Chelsea, Valencia CF’s confusing start to the 2019/20 LaLiga Santander season continued, as they have managed just one win through their opening five games. They host an equally as underwhelming Getafe CF, the team they pipped to the final Champions League place last season. Getafe CF earned their first win of the season on the weekend, beating RCD Mallorca 4-2 in a hugely entertaining match. This fixture has been very even in recent years, with each side winning twice and drawing three times from their past seven meetings. .

Real Madrid shook off a midweek thrashing away to Paris Saint-Germain in the Champions League to scrape past Sevilla FC on the road thanks to a goal from the ageless Karim Benzema. The win lifts them level with Athletic Club atop the LaLiga Santander table, just one goal behind in differential. There is still unrest within the legendary club but the victory will quieten the noise around the Santiago Bernabeu, and a win against C.A. Osasuna would only help appease the demanding fan base. C.A. Osasuna remain undefeated through their first five games of the season, but four consecutive draws sees them sit just 10th. The LaLiga SmartBank champions will have their work cut out for them, beating Real Madrid just twice in LaLiga Santander in their history, with the most recent coming in 2011.

SD Eibar’s poor start to the season continued, with a scoreless draw away to Levante leaving them winless through their opening five games of the season. They sit in 19th, just one point clear of last place Leganes and two points south of safety. Their task will get no easier as they host Sevilla FC, who suffered their first loss on the weekend, going down 1-0 to Real Madrid. Despite the loss, Sevilla FC remain fifth, just one point behind Real Madrid and Athletic Club atop LaLiga Santander, and they will be looking to jump back into the top 4 against one of the competition’s strugglers. Eibar SD have beaten Sevilla FC just once in LaLiga Santander, a 5-1 win in the 2017/18 season.

RC Celta will feel hugely buoyed by their 0-0 draw away to Atletico de Madrid, an even more surprising result given their poor start to the season. RC Celta had more possession in the match and were able to deny waves of attack from the home side thanks to some fantastic goalkeeping from Ruben Blanco. They host RCD Espanyol who remain in the relegation places after a 3-1 loss to Real Sociedad. RCD Espanyol have managed just three goals in their opening five games, with RC Celta just two, meaning a low scoring game is likely. The last three meetings between the two has seen three score draws.

Real Sociedad were too strong for RCD Espanyol last week, winning 3-1 thanks to a first-half double from Willian Jose. They sit fourth, level on 10 points with three other sides and just a point back from LaLiga Santander leaders Athletic Club and Real Madrid. A win over D. Alaves would consolidate their position in the Champions League places, and that should very much be in their sights as their opponents are winless since the season opener. Two consecutive losses for D. Alaves, to Athletic Club and Sevilla FC, has seen them tumble down the table to 13th and another loss could see that continue. Real Sociedad have won three of the past four meetings between these two sides, and surprisingly the away side have also won three of the past four.