Carlo Ancelotti’s side clearly compete, create chances and produce convincing performances, but what exactly do their possessions bring. One of the answers is danger, which can be measured in both quantitative and proportionate terms.

The Merengues rank in second spot in the league standings for the number of dangerous possessions, but lie top of the pile in proportionate terms. In other words, in comparison with the total number of their possessions, the capital club create more danger than anyone. Indeed, almost 7% of their possessions create a goalscoring opportunity as quality and quantity combine to offer the Madridistas great potency in the final third.

This is clearly evidenced in this video, which also showcases the sheer number of players involved in the team’s attacking possessions. 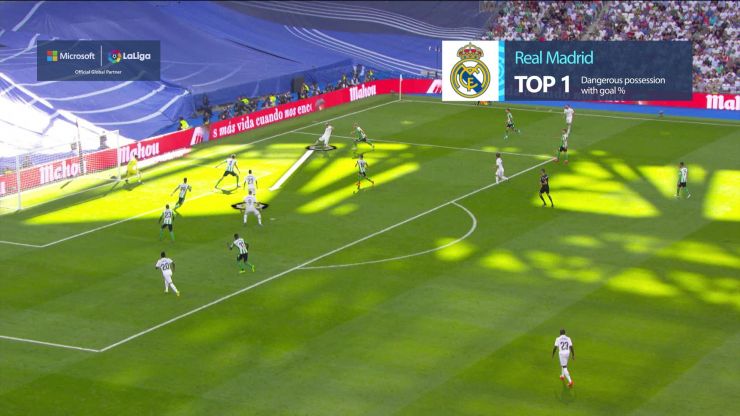 Ancelotti even gets his squad rotation right

Squad rotation is a necessary feature of the modern game, given the massive number of minutes clocked up by key players and the onset of injuries, but this has not been detrimental to the fortunes of the Chamartin-based side, who are such a well-oiled machine. The team’s midfield excel in terms of distributing the play and the statistics are there to prove it.

The video highlights how the team’s participation in attacking phases places them top of the LaLiga Santander tree, with an average of almost four players per possession. In terms of the players’ involvement, Ancelotti’s troops are the league front runners for the number of passes per possession, clocking up almost seven. The team’s preference for combination play in no way undermines their attacking threat, with the boys from the Bernabeu also leading the standings for both carries that beat the opposition’s defensive line and forward passes. 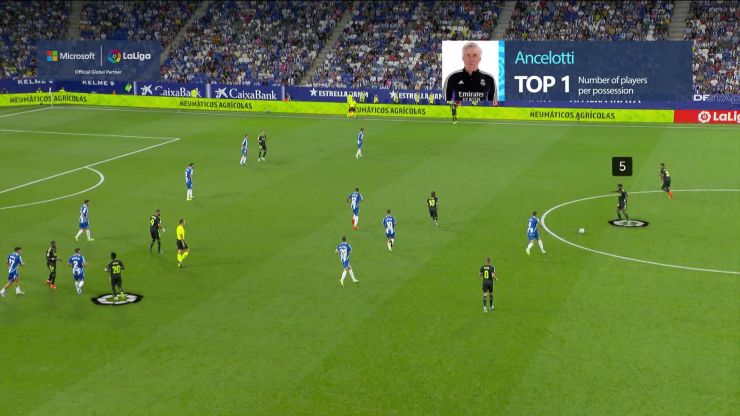 This video shows just how key Pedri’s through-balls are when it comes to creating chances. However, the Barcelona ace also excels in the league standings when it comes to dictating games. He features amongst the top 10 players in the division for the number of passes in the final third per match, with 21 to his name, while he has bagged himself a spot amongst the top 15 players for the number of attacking actions, clocking up nearly 65.

However, Pedri’s contribution is not limited to his involvement on the ball and he performs well in the fitness stakes. Indeed, the Barça starlet claims a spot amongst the top 10 players for distance covered per outing (11.5km). 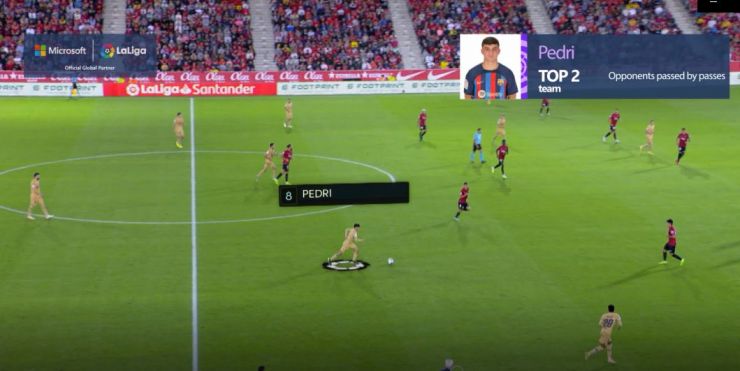 El Clasico is always a thrilling encounter between Spanish football’s two heavyweights, but the eagerly anticipated bout becomes all the more attractive when it also serves up some appetising individual battles.

Karim Benzema and Robert Lewandowski have clearly been standout performers for their teams this term, although the Frenchman’s early-season form was checked after he succumbed to injury. Without any further ado, let’s take a look at the attacking aces’ stats.

As we can see in this video, carries represent one of their key tools to pose a threat on the opposition’s goal, but there is far more to their talents than just carries. The pair both feature on the LaLiga Santander podium for high-impact attacking actions. Lewandowski is the division’s leading marksman with an average of 1.25 goals per game, while his Madrid counterpart’s average suffered when he was sidelined by injury. Despite that, the Real Madrid hitman still features amongst the division’s top 15 goalscorers after notching more than a goal a game.

The duo are both prolific goal-getters and unsurprisingly also rank impressively in the shooting stakes. The pair lead the way in the standings for both the number of attempts and those on target. None of this happens by chance, of course, given that quantity and quality so often go hand in hand. 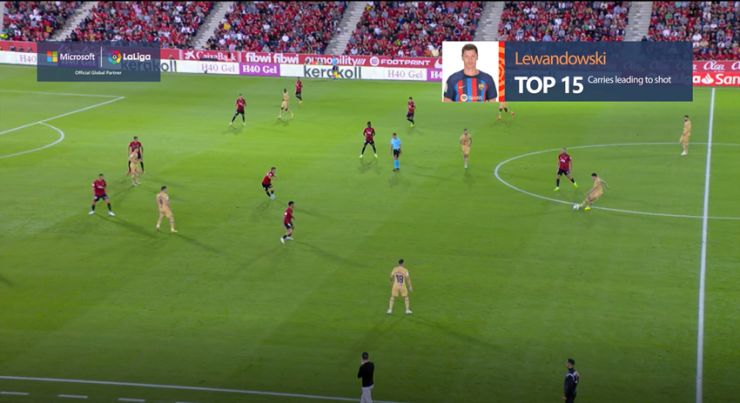 The fresh-faced Alejandro Balde has found a perfect setting in which to develop his game and improve every time he is given the chance to show what he can do. His game is all about intensity and high-tempo running. He features amongst the top 10 players in the Spanish top flight for the distance covered at high intensity, i.e. over 28km/hr, chalking up almost 90m per game. His intensity has a positive impact on his carries, where he ranks as one of the Catalan giants’ top players when it comes to carries that beat the opposition’s midfield line.

However, Balde offers much more than intensity and the up-and-coming star boasts real quality on the ball. He has landed a spot amongst the top seven players in LaLiga Santander for forward passes (58.8 per game) and his name features amongst the top 15 players for the number of passes played in the final third. In short, Balde brings a guaranteed goal threat to the Barça ranks. 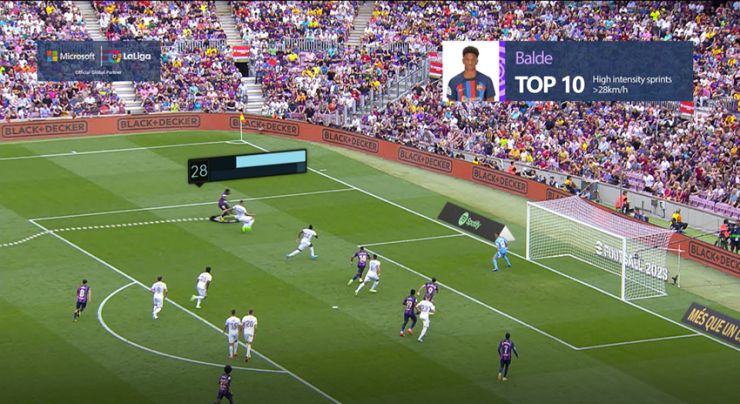 High-impact carries that result in attempts on goal

Carries involve an individual player gaining ground with the ball and they feature a range of characteristics and vary greatly in their nature. They differ in duration and take place in different areas of the pitch, while they can also be analysed in terms of what follows them.

The particular type of carry that we wish to look at here are those that result in an attempt on goal. 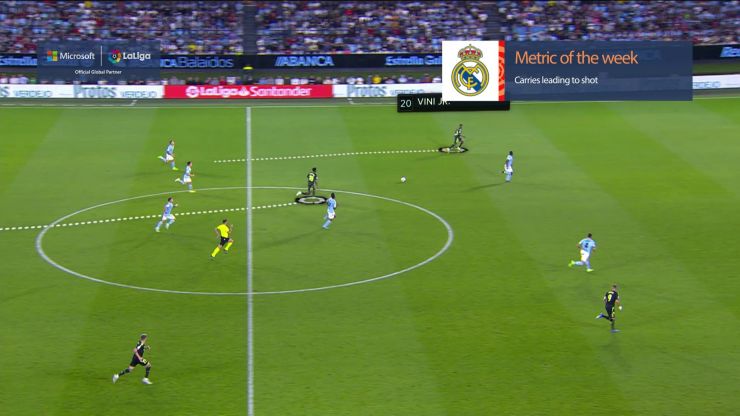