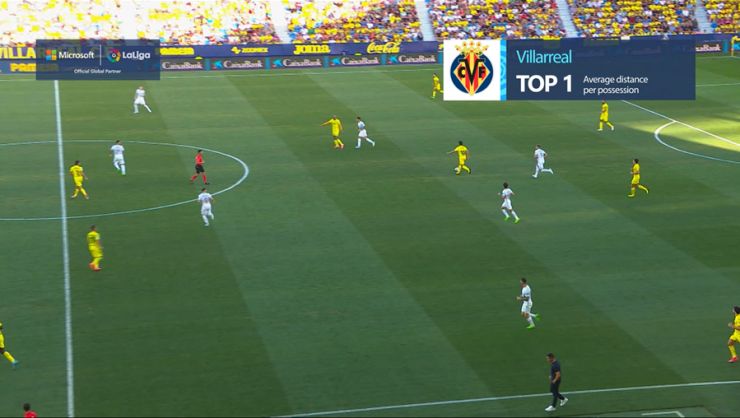 If we compare the statistics from the opening four games of last season to the first four this time round, the difference is striking. So far this season, the Valencians have completed more passes, pressed more in the opposition’s half, registered more recoveries and chalked up more successful carries.

The difference is clear for all to see but let’s take a look at the state of play this season. How do Gattuso’s troops fare in the various rankings?

The boys from Mestalla occupy the final place on the podium for the highest average number of players per possessions or, in other words, their moves in the attacking phase involve many players. Not only have they recorded more carries, but they’re far more incisive. They lie in second position in the LaLiga Santander standings for the number of carries that break the opposition’s defensive line. Los Che also feature amongst the top four sides in the division when it comes to the number of attempts on goal.

Within our analysis, we shouldn’t overlook the fact that one of the hallmarks of Gattuso’s side is their ability to press. The team press in many situations and many players are involved in this phase. Indeed, the Valencians lead the way in LaLiga for the number of players per press (an average of almost four). 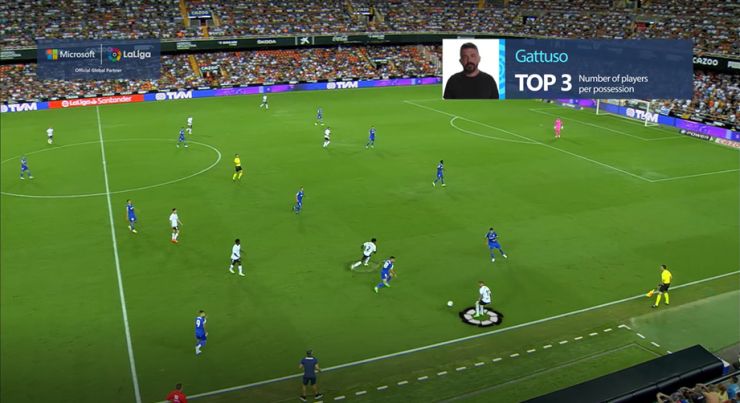 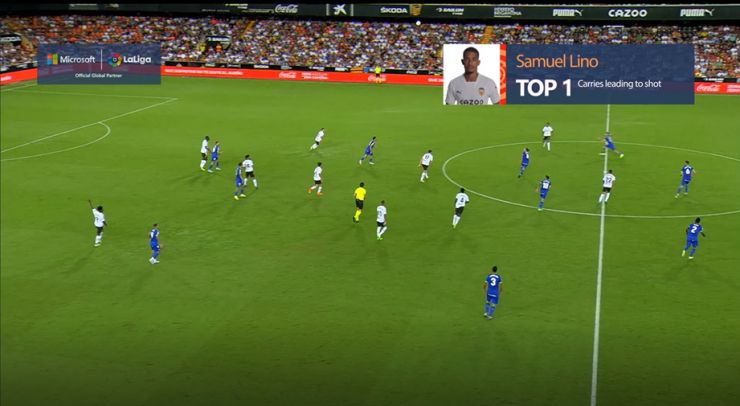 This encounter pits two teams with clearly defined styles against each other, which means that they excel in different areas of the game. One of the most striking differences relates to the sides’ positional play and their convex hull scores. No team plays with more width in possession than the Galicians (1,125m2), while Atleti lie fourth from bottom in terms of team width when on the ball.

The boys from Balaidos lie top of the LaLiga Santander pile for the number of double-pressure passes. Despite their width when in possession, they come under the most pressure when playing a pass, with both the passer and the recipient receiving close attention from the opposition.

However, this does not have a direct influence on the threat posed by their possessions, which is an area in which Atleti impress. The Rojiblancos occupy fourth position in the LaLiga Santander table in terms of the number of dangerous possessions. 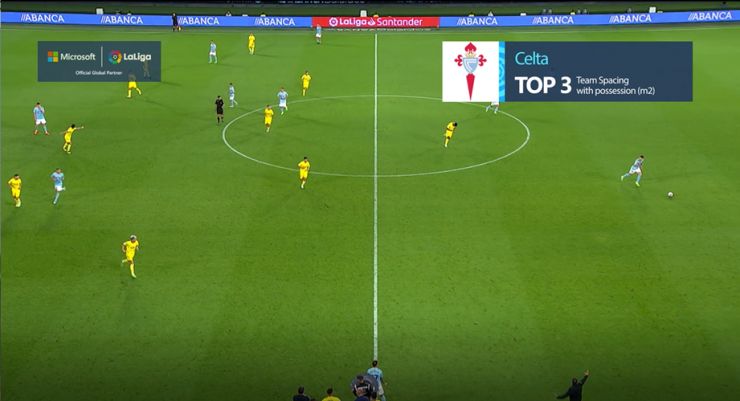 Abde stars & the stats back him up

Ez Abde left everyone in awe following his stunning solo run in his first outing in CA Osasuna colours. However, that carry was far from being a one-off and even the most fleeting of glances at the stats gives the El Sadar regulars plenty of reason for optimism.

Based on the statistics per game and in view of the few minutes he has amassed, we shine the spotlight on specific actions involving the up-and-coming star. He excels in actions completed at high speed, i.e. at over 24km/hr. He chalked almost 6.35 high-impact actions against Rayo Vallecano to bag a place in the TOP 5 in that department. Meanwhile, his sprints also leave him handily placed within the Osasuna charts.

In short, his first outing for the Navarrans got the fans off their seats and this is surely just the start of something very special. 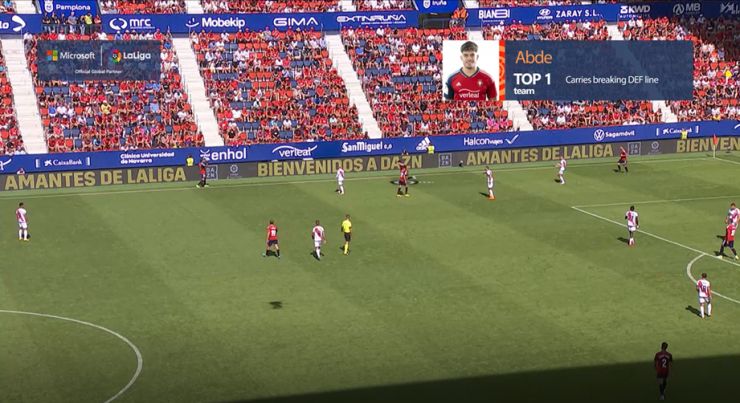 Teams looking to play possession-based football simply must have the ability to keep hold of the ball for as long as possible. A key element of this strategy involves winning the ball back quickly once it has been lost.

Counter-pressing is a tactic that sees a team’s players try to regain possession immediately after it is relinquished. As we can see in this video, possession continues to be a hallmark of the system adopted by Xavi’s men.