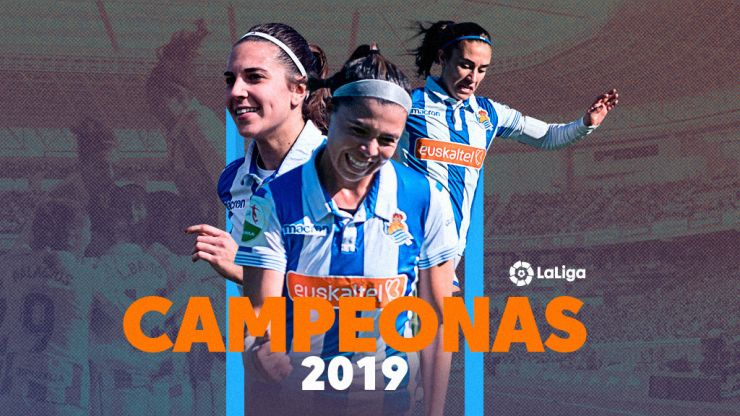 The Basque side came from behind to beat Atletico Madrid 2-1 in Granada.

Real Sociedad wrote a new chapter in the history of women’s football in Spain, when they defeated Liga Iberdola champions Atletico Madrid to lift the Copa de la Reina for the first time.

The Basque side defeated VCF Femenino 2-1 away in the first round with goals from Palacios and Nahikari.

In the quarter-finals, Arconada’s side took on defeated Rayo Vallecano 4-0 at their home stadium Zubieta, with Cardona, Palacios, Nahikari and Carla Bautista all notching goals.

The semi-final was a cracker, with Real Sociedad beating Sevilla 3-1 at the club’s Anoeta stadium, to reach their first ever final.

In Saturday’s clash at the Nuevo Los Carmenes stadium in Granada, Real Sociedad came up against Atletico Madrid, who had beaten them a week ago on the final day of the Liga Iberdrola season. This time though, Palacios and Nahikari helped La Real come back from a goal down to triumph 2-1 in the final, to lift the trophy for the first time.