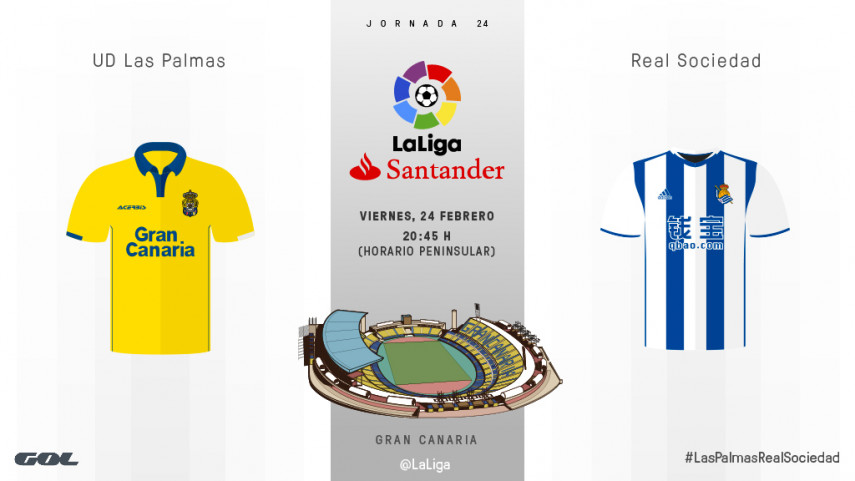 Possession football with an eye on the European prize

Las Palmas and Real Sociedad kick off LaLiga Santander Matchday 24 with a clash between two teams who love to play a passing game and who are both in the fight for a European place.

- Las Palmas v La Real will surely bring us plenty of passing football if past stats are anything to go by. Quique Setien's men have the second highest possession figures at home in LaLiga 2016/17 (61.7%), whilst Eusebio Sacristan's charges also hold second place in this department when on their travels (57.8%).

- Jonathan Viera offers a real threat for Las Palmas. No other player has created as many goalscoring chances in LaLiga this season (57).

- The team from San Sebastian are looking to tear up their head-to-head record, having only won one of their last seven matches against the Canary Islanders in the top flight (D3, L3). That was in their last meeting (4-1 at Anoeta in September 2016).

- Eusebio Sacristan, who made the headlines during the week after extending his contract with the club, talked about his bond with the Basque outfit in his press conference: "I'm delighted to be able to continue to represent the club. It is satisfying to know that La Real value my work."

Getting to Estadio de Gran Canaria:

Watch the game in your country