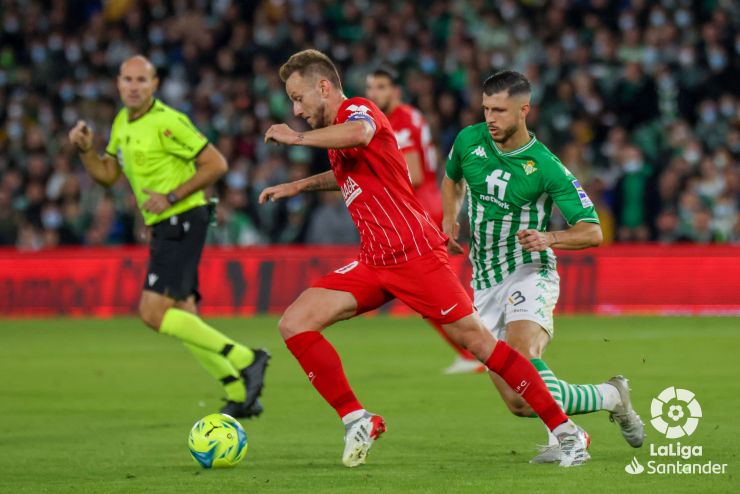 The teams from the Andalusian capital have already met 116 times in LaLiga across the top two divisions.

Seville, the Andalusian capital, is home to one of Spanish football's most colourful derby meetings, between Real Betis and Sevilla FC. Both among LaLiga’s most historic clubs, and both previous LaLiga Santander title winners, the Seville derby rivalry has divided allegiances and even families within the city for over a century.

A strong British influence existed when organised football was first played in Seville back in the last decade of the 19th century. The first club in Seville was created in 1890, while today’s Sevilla FC were founded in 1905. Real Betis Balompié came into being just two years later.

After many official and unofficial early meetings in competitions as diverse as the Copa de Sevilla, Copa del Duque de Santo Mauro, Andalusian championship and Southern Regional Championship, the two clubs were founder members of LaLiga’s second tier, with Real Betis winning both meetings in the inaugural 1928/29 season, 3-0 away and 2-1 at home.

Real Betis were the first to be promoted to the top flight and won what is to date their only LaLiga Santander title in 1934/35, a title run which included a key 3-0 victory at their neighbours’ Nervión stadium late in the season. Sevilla FC followed up with a title of their own in 1945/46, albeit with no derby win as Real Betis were by then back in the second tier.

In total the teams have met 116 times in LaLiga between the top two divisions, and one thing that stands out is how often players and fans on both sides have enjoyed victories on their neighbours’ patch. Real Betis spoiled the opening party with a 4-2 victory when the rivals’ current Estadio Ramón Sánchez-Pizjuán opened in 1958. Sevilla FC got revenge with a 4-1 away derby victory just the following year. More recently, Real Betis’ 5-3 win at the Sánchez-Pizjuán in January 2018 is the derby with the most goals in LaLiga history. Last year, Sevilla FC won both meetings in the 2021/22 LaLiga Santander season, but Real Betis beat them in the Copa del Rey on their way to winning that trophy.

Another historic derby was in the 2013/14 Europa League round of 16 with Sevilla FC coming back to draw level at 2-2 on aggregate at the Estadio Benito Villamarín – and then go through 4-3 on penalties – on the way to winning the first of three consecutive trophies.

Only nine players have worn both the verdiblanco and rojiblanco in El Gran Derbi over the years, dating back to defender Joaquín Jiménez Postigo, who won a LaLiga Santander winners' medal with both clubs. Tough defender Diego Rodríguez famously moved across the divide in 1988 while Spain’s Euro 2008 winning coach Luis Aragonés spent three seasons at Real Betis as a player, while also sitting in both dugouts in derbies.

Local players have also been a prominent feature of this fixture over the years. Look no further than both club captains: Jesús Navas of Sevilla FC and Joaquín of Real Betis. Both came through their clubs’ academies, are standard bearers for their sides and have made over 20 and 30 derby appearances respectively throughout their careers.