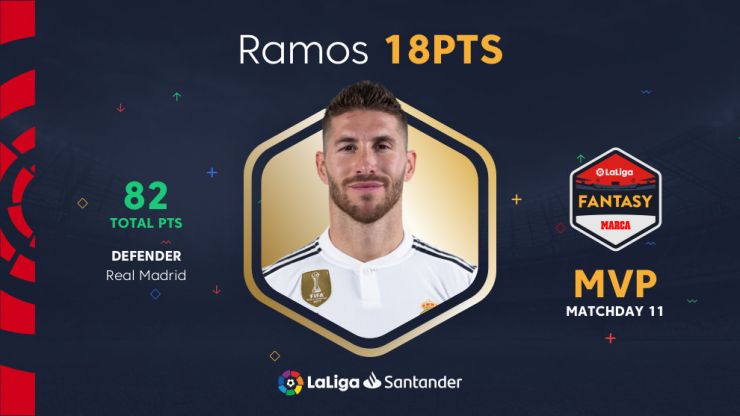 These are the 11 players who racked up the highest number of points on Matchday 11 of the 2018/19 league campaign.

Now that Matchday 11 of LaLiga Santander has come to a close, it is time to discover which outstanding performers have made it into the LaLiga Fantasy MARCA Best XI.

RCD Espanyol are the dominant club in this best XI, with three of their charges getting the nod in a lineup with a combined total score of 145 points. Player of the Matchday goes to Sergio Ramos, who played an instrumental role in Real Madrid's 2-0 win over R. Valladolid, notching 18 points.

Girona FC goalkeeper Bono takes his place between the sticks in the Best XI, having made some key saves in his team's 1-0 win away to Valencia CF, registering 12 points in the process. 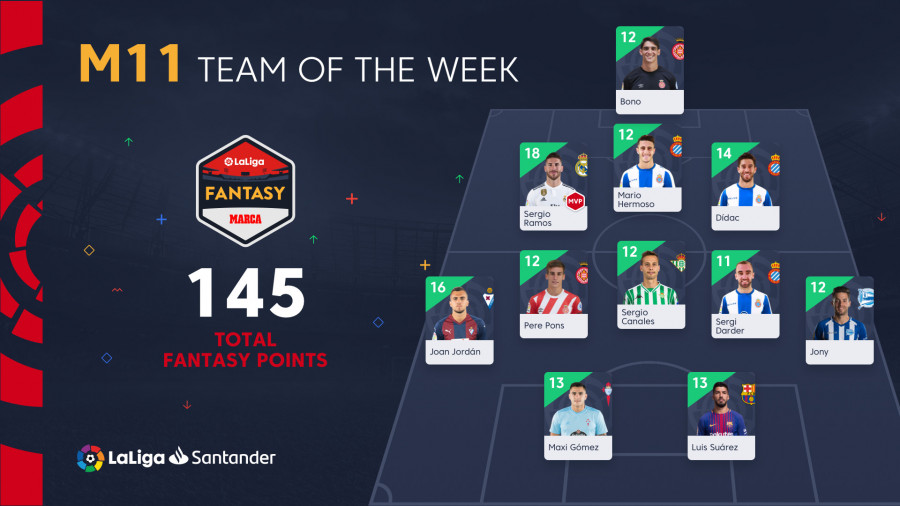 Mario Hermoso and Didac Vila are near the top of the defensive charts in terms of points, with 12 and 14 respectively. Both defended stoutly and ensured a dangerous Athletic Club were unable to get on the scoresheet at the RCDE Stadium. They are joined by Player of the Matchday Sergio Ramos.

The forward line is composed of Maxi Gomez (13), who bagged a brace against Betis, and Luis Suarez (13), who registered a double of his own against Rayo Vallecano.

Don't have a LaLiga Fantasy MARCA team yet? Download the app for iOS or Android now.