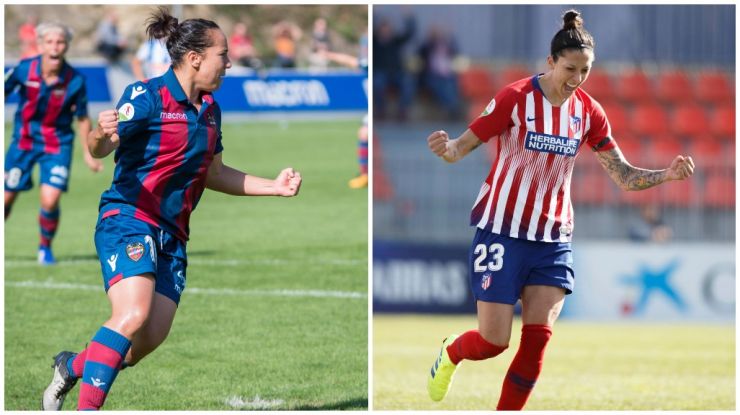 The two joint top scorers in the Liga Iberdrola - both on 18 goals - come up against each other in the next matchday.

Strikers Charlyn Corral (Levante UD Women) and Jenni Hermoso (Atletico Madrid Women) are both players that pose an enormous threat in the opposition penalty area and this is backed up by their impressive tallies of 18 goals each.

They are second to none in the top goal-scorer charts in the Liga Iberdrola, with six matches left to play in the competition. The last time their sides faced each other neither striker managed to score - Atletico won 2-0 thanks to goals from Laia Aleixandri and Ludmila.

Mexican Corral has been one of the most prolific strikers of late, finishing among the league's top-scorers in recent seasons. This campaign, Charlyn has found the net against nine different sides: Albacete, Real Sociedad, Espanyol, Malaga, Granadilla, Madrid, Athletic, Logroño and Sporting. The striker has also notched up two hat-tricks (Malaga and Logroño).

Behind the two top-scorers, Atletico Madrid has more firepower than Levante, with Ludmila da Silva on twelve goals and Olga García on eleven. Levante's Alharilla is the club's second top-scorer with seven goals to her name.

At the other end, both Levante and Atletico have only conceded 17 goals, which makes them the sides with the best defensive record in the league. Charlyn and Jenni go head-to-head once again and will have the chance to move the top of the goal-scorer charts.