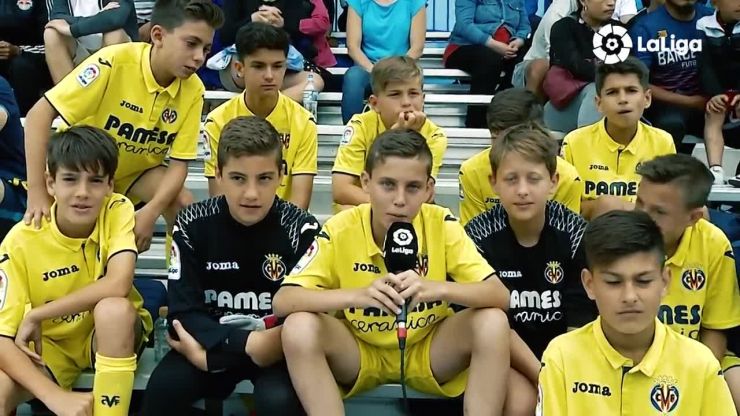 While at the LaLiga Promises International Tournament, the Yellow Submarine Under-12s took the time out to pay tribute to some of Cazorla's most famous moments at the club.

A leader on and off the pitch, Santi Cazorla has returned to Villarreal CF, the club where he spent so many years earlier in his career. The midfielder has headed 'home' as he looks to once more showcase everything he has to offer, from his stellar ball-striking ability with both feet to his free-kick prowess and the charisma that has made him such a popular figure.
LaLiga Promises always serves up some special scenes and the recent International Tournament in New Jersey was no exception. A prime example came when the Yellow Submarine starlets involved in the Under-12 competition paid tribute to Cazorla by trying their hand at commentating and reliving some of their idol's most famous moments at the club.