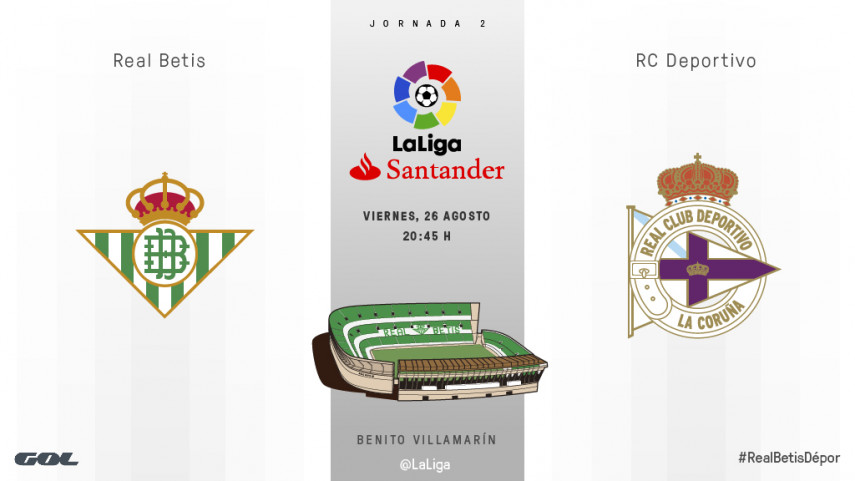 Gustavo Poyet’s Real Betis make their first home appearance of the season, facing an RC Deportivo side who won their last match and are now seeking three points on the road.

- After losing their first match of the season in a 6-2 thrashing at the Camp Nou, Betis are aiming to bounce back and get three points on the board.

- This match also marks Gustavo Poyet’s first home game as manager, and in the build-up to the game he spoke of his excitement of being part of the club: "One of the reasons why I came here was to be able to experience games alongside these fans."

- Antonio Adan, who made 129 saves last season, more than any other keeper in LaLiga, was also kept very busy in the first match of the season, making six saves, a total equalled by Javi Varas.

- After beating SD Eibar 2-1 in their first match in LaLiga Santander, the Galicians are now challenging themselves to get a win on the road to continue their positive start to the season.

- Deportivo have won four times and drawn twice at the Benito Villamarin against Betis.

Getting to Benito Villamarin

TV: Watch the game in your country.