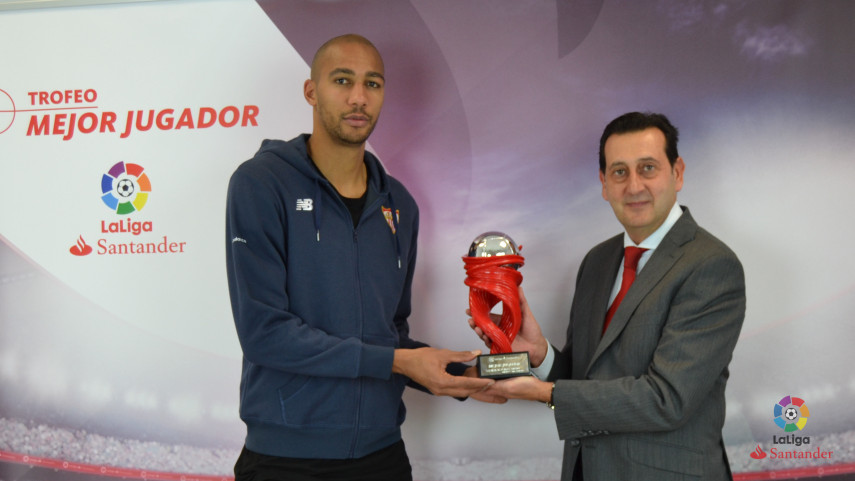 The Sevilla midfielder scoops this accolade after having played a pivotal role for the high-flying Andalusians last month.

Sevilla FC midfielder Steven N'Zonzi has been named the LaLiga Santander Player of the Month for January on the back of a series of inspired displays for the Sevillians, in which he showed himself to be a key cog in Jorge Sampaoli's side. 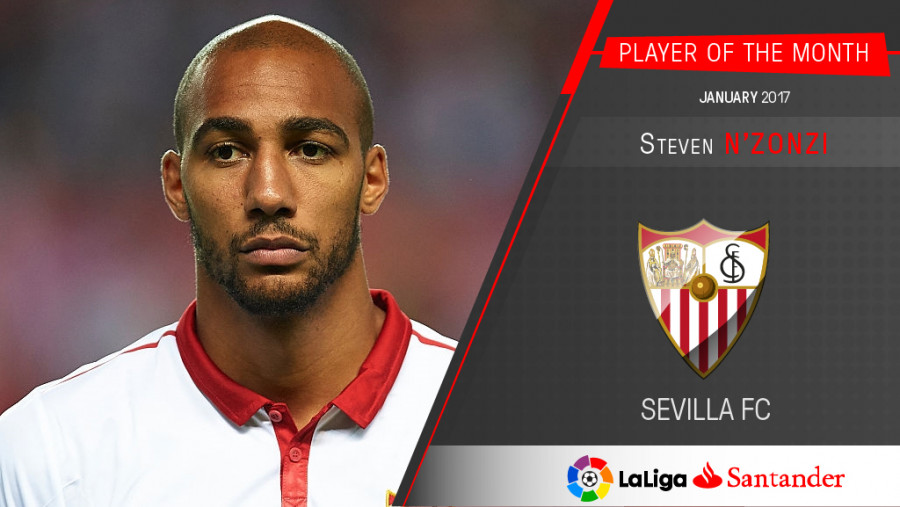 The Frenchman is currently enjoying the best form of his LaLiga Santander career and, once again, was one of the leading lights in the Sevilla engine room throughout January. Often to be found in the thick of the action, N'Zonzi showcased his aptitude for regaining possession and distributing the play, qualities which have seen him establish himself as one of the first names on Sampaoli's team sheet.

This accolade - which is awarded by Santander, the competition's main sponsor, and voted for by the LaLiga.es writers - was presented by Mr Don Juan Murillo, the bank's director for the Seville area.