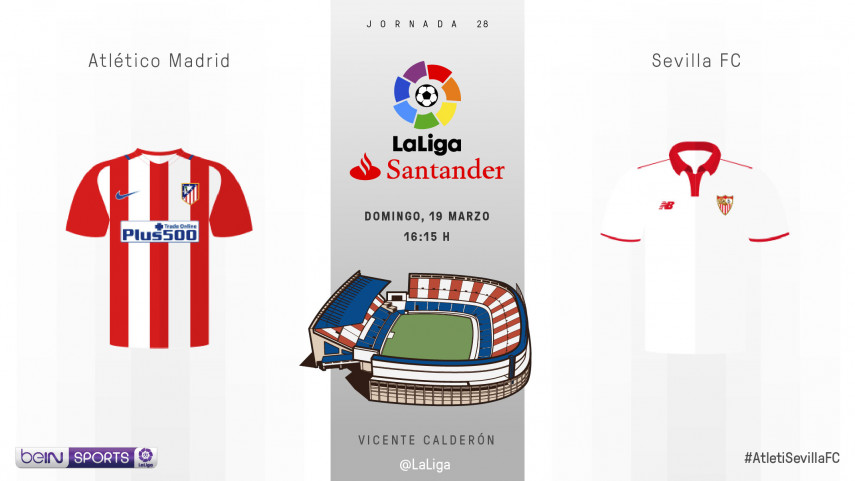 Simeone and Sampaoli do battle for third place

Atletico Madrid and Sevilla go head to head at the Vicente Calderon with the hosts eager to close in on that third place currently occupied by the Andalusians.

-Atletico Madrid are on a run of five straight LaLiga Santander wins at the Vicente Calderon. Two wins in their last two games, coupled with Sevilla's two draws in those same matchdays have brought Diego Simeone's side to within five points of the Andalusians in the table. A win for Atletico would really heat up the battle for that coveted third place currently occupied by Jorge Sampaoli's players.

-Atletico have not lost at home to Sevilla in their last seven LaLiga Santander clashes. The Andalusians' last league win at the Vicente Calderon was back in September 2008.

-Sevilla are undefeated in their last seven LaLiga Santander matches. However, after four straight wins, two draws in their last two games against D. Alaves and CD Leganes have left them five points off top spot.

-Sevilla have only managed one win from their last 12 matches against Atletico. That win came in their encounter earlier this season at the Ramon Sanchez-Pizjuan when Sampaoli's side ran out 1-0 winners thanks to a Steven N'Zonzi goal.

Getting to the Vicente Calderon