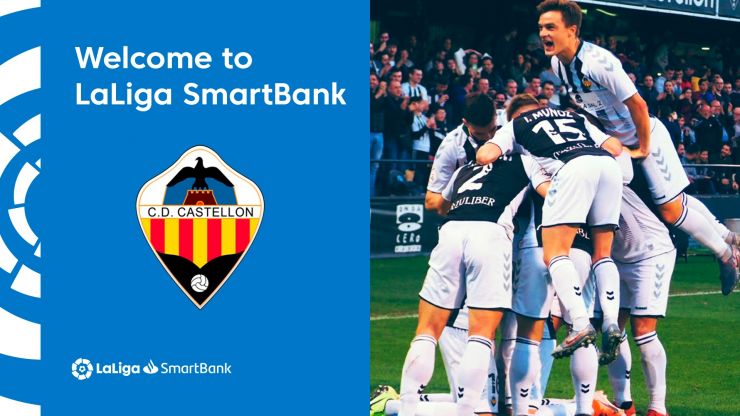 Following ten years outside of LaLiga and professional football on Spain, the team from the Valencian coast made sure of promotion on Sunday following victory over UE Cornella in the play-offs.

CD Castellon ran out 1-0 winners over UE Cornella on Sunday night, sealing their much-desired return to LaLiga SmartBank at the second time of asking.

Having topped Group III of the Segunda B, Oscar Cano's men went into the champions play-off against UD Logroñes, but missed the chance as the team from La Rioja took the honours in the penalty shotout. However, they didn't let that disappointment set them back, and overcame Penya Deportiva in the losers play-off to earn a second chance.

This time Castellon made no mistake, with Juanto Ortuño's 27th minute goal enough to see off Cornella and make sure of their place in the second tier of Spanish football. Having dropped down as far as the Tercera Division (fourth tier) in 2011, their return to the professional level is one that will help the club on their way to regaining their historic status from years past.