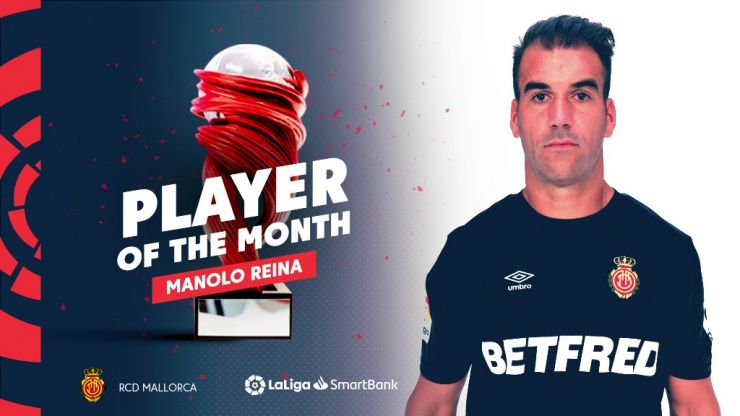 The RCD Mallorca goalkeeper has scooped this award after a month replete with top performances, in which he helped his team keep up their six-game unbeaten streak, conceding just one goal in the process.

Manolo Reina has been awarded the LaLiga SmartBank Play of the Month for October. The RCD Mallorca custodian played a crucial role in his team winning four games out of six, with Mallorca only dropping four points in October and not falling to defeat once.

The 35-year-old not only pulled off some top-class saves but conceded only one goal in the six games. He managed to keep a clean sheet in five of the six October matches, against CD Tenerife, CD Lugo, CD Mirandes, Albacete BP and AD Alcorcon. Reina has brought quality and experience to the Mallorcans, which has borne fruit and is evidenced in Mallorca’s good results and performances. They are now sitting pretty in the upper echelons of the LaLiga SmartBank table.