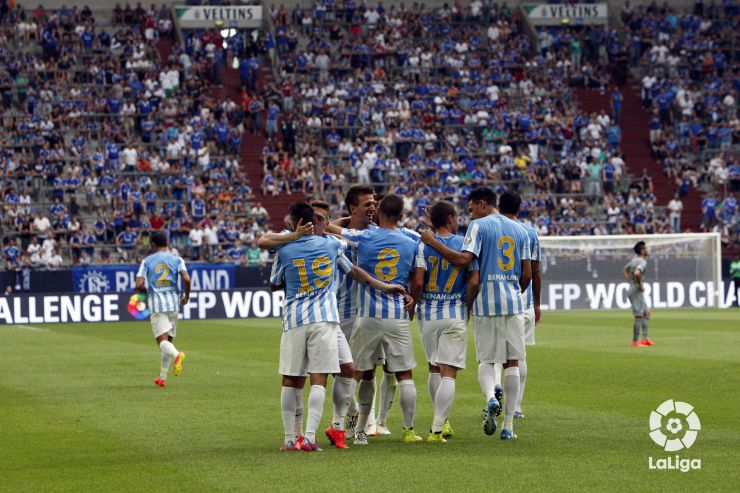 Málaga CF left a terrific image of Spanish football in their first game of the LFP World Challenge tour in Germany, after beating Newcastle United.

The first day of the LFP World Challenge in Germany was a party, both for the players of Málaga CF and for the fans who made it to the Veltins Arens in Gelsenkirchen as they enjoyed a spectacle and cheered on from the stands. The Andalusians beat Premier League side Newcastle United 3-1, and left a great image of the football played in the Liga de Fútbol Profesional.

"From Australia to Germany, the journey has been marvellous, we are thrilled to have this opportunity, but we also want to have a good pre-seaso", said Samuel Castillejo after collecting his Man of the Match award from LFP ambassador Fernando Sanz.

"To have the chance to do something so big with your local club is a sense of joy", enthused the player following his double at the emblematic German stadium, where Málaga were able to play thanks to the LFP World Challenge. "I'm going away from here very happy with the game, the goals and the award", he said on his way out of the ground.

On Sunday at 15:30 the Andalusian side will play their second game of the international tour against West Ham United. "We now have another big opponent. Against Newcastle the side played well, and despite it being a pre-season game, it was more like a league tie", said Sergi Darder, who opened the scoring. "It's always great to come to these kind of stadiums, but we're used to playing in the Rosaleda, and other league stadiums where there’s also a great atmosphere".