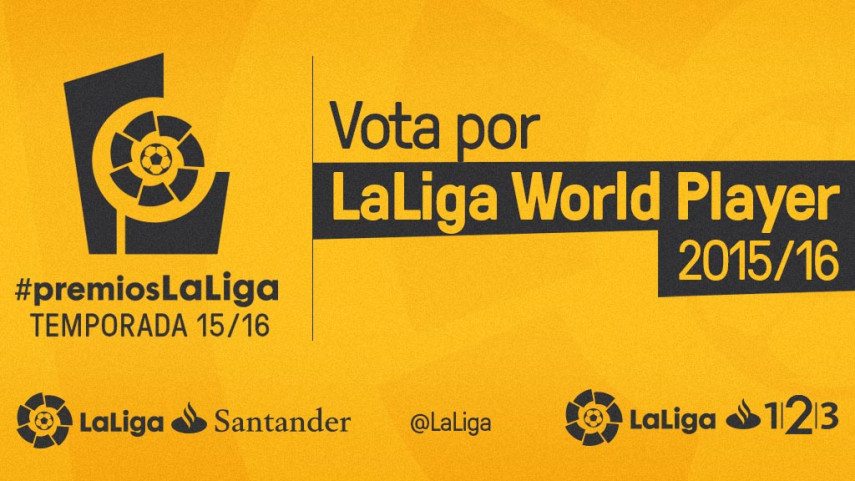 The players who respectively receive the most votes from the LaLiga Santander and LaLiga 1|2|3 shortlists will scoop the awards. These new accolades, which are set to be presented at the gala held on 24 October, reflect the league's international character.

Monday 24 October will see the staging of the 2016 LaLiga Awards Gala, an event held to pay tribute to the effort and work put in by the clubs and players over the course of the 2015/16 season. Two of the #PremiosLaLiga to be presented at the ceremony will be the LaLiga World Player accolades, which will be awarded to the players who draw the most votes from among the LaLiga Santander and LaLiga 1|2|3 nominees, all of whom bear witness to the league's international character and global make-up.

LaLiga's online channels will be used to determine the winner, with fans able to vote on www.laliga.es/en or on Twitter: @LaLiga and @LaLigaEN.

The stars who receive the most votes will be crowned the inaugural winners of the LaLiga World Player awards at the gala on 24 October. The inception of these new accolades reflects the increasingly international nature of LaLiga, which boasts footballers from five continents.