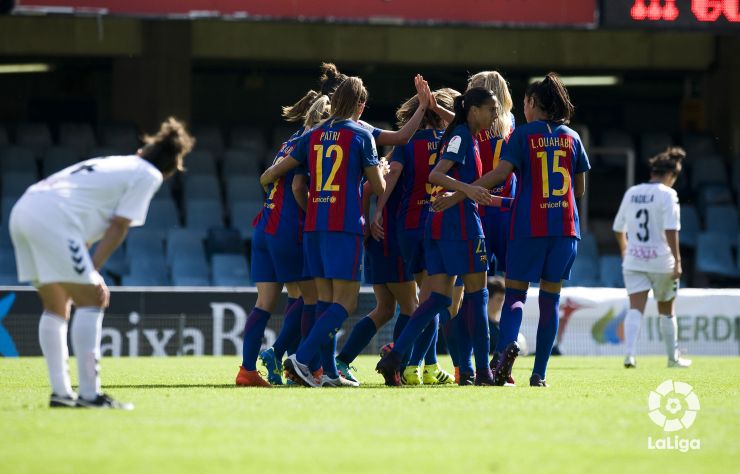 The Azulgranas romped to victory over Albacete to maintain their perfect start to the campaign, whilst Atletico retain top spot after edging past Betis.

Barcelona extended their excellent recent run of form with a resounding victory over Albacete. After six league encounters and two Champions League clashes, the Catalans still have a 100% record, which is certainly no mean feat.  However, the most impressive thing about this side is that they would appear to be getting stronger with every passing game, evidencing all of their class to turn their opposition over with consummate ease.

On this occasion, it was Albacete who were on the receiving end, as the Miniestadi bore witness to a Barça masterclass. Right from the off, the hosts imposed themselves on the match, as they enjoyed sustained periods of possession and dictated the tempo. The visitors played a deep line in an attempt to contain the Azulgranas' attacking threat, but their efforts were futile.

The first clear-cut opening came on 16 minutes and further chances promptly followed. Indeed, it took Xavier Llorens's charges all of five minutes to seal the deal here. Olga Garcia hit two quick-fire goals on 18 and 19 minutes and just two minutes later Sandra Hernandez was on hand to make it 3-0. There was still time for another before the break, as Olga claimed her hat-trick to send the hosts in 4-0 up at the interval.

The second half followed a similar pattern to the opening 45 minutes, as Barcelona continued to utterly dominate. An Alexia Putellas strike and a Jenni Hermoso brace rounded off the scoring as the Catalans romped to a 7-0 win. The Azulgranas really are in devastating form right now and their lethal forward line will certainly take some stopping.

Betis set their stall out to make life difficult on their visit to the league leaders, and whilst a determined display wasn't rewarded with any points, the Andalusians gave a good account of themselves at the Polideportivo Santa Ana.

Paula Moreno's 79th-minute effort halved the deficit to give Betis hope, but ultimately the goals from Andrea Falcon and Sonia Bermudez (Soni) were enough to ensure that Atleti remain top of the pile for a further week.

Atletico made a bright start and got their noses in front on 19 minutes as Falcon opened her account for the Rojiblancas. The forward escaped the attentions of the Betis backline to find herself clean through on Miriam Lopez, before producing a cool finish to hand her side the lead.

The Madrilenians doubled their advantage after the break through Soni, whose pinpoint strike squirmed just inside the post and beyond Miriam's desperate dive. Despite having it all to do, the visitors didn't give in, and although Paula's late effort reduced the arrears, it was too little, too late as the hosts held on to take all three points.

Two matchdays ago it was Zaragoza who secured their first win of the campaign and this time round it was Rayo who got their season up and running with a narrow victory. The visitors are a tough nut to crack, as they've shown in each of their games this term, but football has a knack of producing the unpredictable and did so again on a day when Rayo proved that they'll be a force to be reckoned with this season.

It was the hosts who carved out the first chances of the encounter and they had a fantastic opportunity to make the breakthrough on nine minutes through Maria del Carmen Garcia, aka Mari. They eventually took the lead in the 23rd minute. After some excellent link-up play between Estela Fernandez and Sheila Garcia, the latter unleashed a tremendous shot to set Rayo on their way.

The Vallecas outfit had a host of chances to extend their advantage before the break, including a Raquel Carreño penalty, but the Madrilenians ultimately went in a goal to the good.

After the break the visitors upped the tempo and looked more intent on getting something from the game. Indeed, just two minutes after the restart, Nuria Mallada struck to draw her side level. However, Rayo sensed their opportunity and in the final stages Estela turned the ball home to seal their first win of the season. 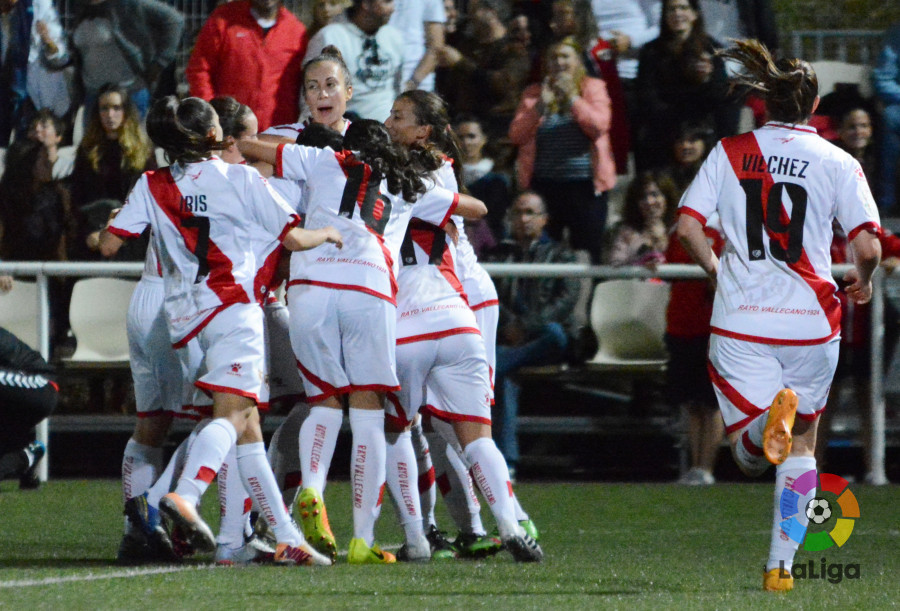 This clash was one that promised plenty of excitement and no shortage of fine football and it certainly didn't disappoint, as these two evenly placed sides served up a thriller in Tenerife. Ultimately Granadilla edged past Huelva, but come the final whistle there was one name on everyone's lips, that of Luana Spindler, as the Brazilian's four-goal haul handed the islanders victory.

The game got off to a high-octane start, as both sides put together some good spells of possession. Neither outfit managed to get on top in the opening stages, but it was Huelva who drew first blood at the Hoya del Pozo when Sandra Castello let fly with an effort that flew past the hosts' goalkeeper and into the far corner.

However, this proved nothing more than a prelude to the Luana Spindler show. First the Brazilian restored parity in the 26th minute. Then she fired her side ahead on the stroke of half-time, before notching another two goals after the break to earn herself a much-deserved standing ovation and secure the spoils for Granadilla, despite Anita Hernandez's brace for Huelva. 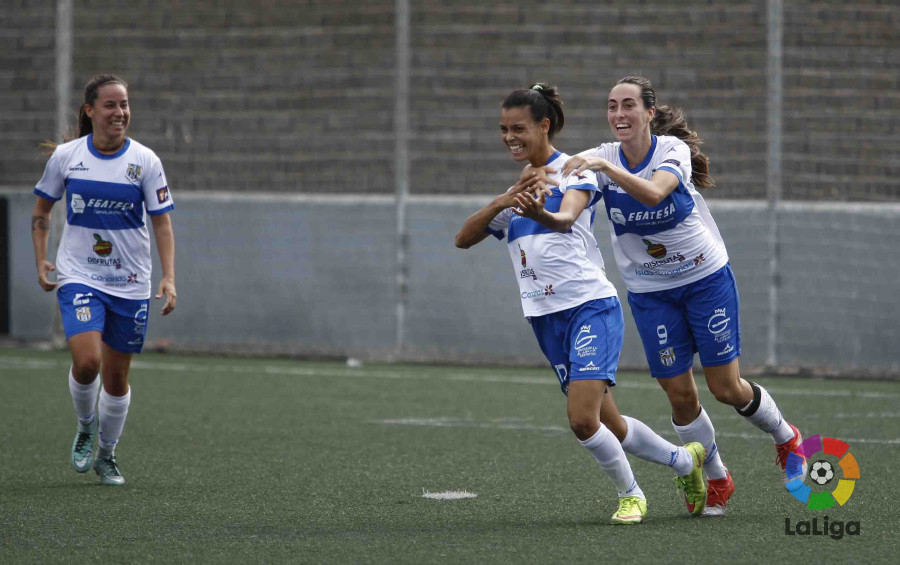 Espanyol's late leveller ensured that the points were shared in an encounter that the hosts largely had the better of at Zubieta.

Manuela Lareo broke the deadlock inside the opening quarter of an hour, capping what had been a lively start by the Basques. However, the visitors grew in stature as the half wore on and began to go toe to toe with La Real, only for an equaliser to prove elusive.

It was a more evenly matched second period, with Espanyol unrelenting in their bid to claim a point and eventually getting their reward when Anair Lomba beat Cristina Cornejo with four minutes remaining.

Ultimately both teams will have gone away with a bittersweet taste in their mouths, pleased to have avoided defeat but mindful that they could have got even more from the contest.

The home side's impressive form shows no sign of coming to an end. Levante continue to sit in the top four – their 17 points bettered only by Atletico Madrid and Barcelona – and remain undefeated.

Andres Tudela's charges did not have it easy against Tacuense, however, having to fight back in a keenly contested match featuring some superb football and goals – although none of the latter came in the first half.

Tacuense took the lead thanks to a screamer from Patricia Ojeda, aka Pachu, which left Noelia Bermudez powerless. Levante did not hang around, though, and promptly mustered a timely response, with Charlyn Corral finding the top corner just a minute later.

Levante looked reinvigorated after drawing level, but had to wait until the 91st minute to snatch a winner. It was that woman Charlyn who was on target again to condemn Tacuense to making the trip home empty-handed. 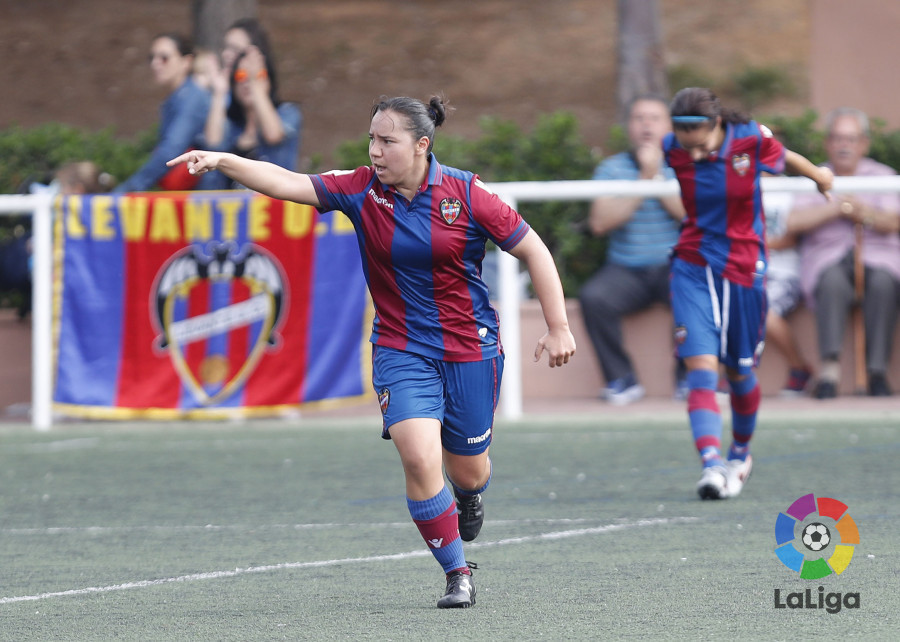 The hosts stormed back to salvage a point against Oiartzun and stay comfortably in the Copa de la Reina places.

Besides being a battling encounter, there was plenty of fine fare on show to entertain the fans, although the majority of the crowd were silenced when the Basques opened up a two-goal advantage courtesy of efforts from Irantzu Ibarrola and Eguzkiñe Peña.

Raquel Rodriguez reduced the arrears shortly after the hour mark, rekindling the home supporters' hopes, and Santa Teresa duly mounted a siege in search of a second goal. If anyone was going to get an equaliser it was always likely to be Estefania Lima, better known as Estefa, and she did just that when the referee signalled for a penalty in the dying minutes, stepping up to the plate and showing all her composure from the spot.

The draw leaves Oiartzun in 12th, on four points, while Santa Teresa are still ensconced in seventh.

As so often when these familiar foes meet, it was a pulsating affair at the Antonio Puchades Stadium. On this occasion it was Valencia who ran out winners, once again displaying their vast reserves of talent and their competitive spirit.

Cristian Toro's team did not take long to get into the driving seat, albeit they were given a helping hand by Ainhoa Vicente, who succeeded only in diverting the ball into her own net when attempting to clear Carol Ferez's cross in the sixth minute. Some 10 minutes later and it was 2-0 when Claudia Zornoza seized on a loose ball on the edge of the box and conjured up a strike that left Ainhoa Tirapu with no chance.

The scoreline flattered Valencia considering the even spread of openings at both ends and Athletic managed to pull one back in the 25th minute through in-form Yulema Corres. There were to be no further goals until the latter stages, when Carol settled the contest with Las Che's third of the game, putting her team back into third.