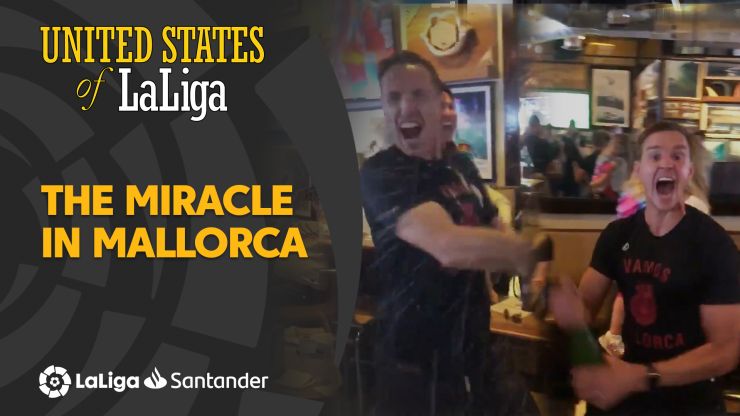 In 2016, longtime friends Steve Nash and Stu Holden teamed up with a group of Americans investors to purchase a stake in LaLiga’s RCD Mallorca.

In 2016, longtime friends Steve Nash and Stu Holden teamed up with a group of Americans investors to purchase a stake in LaLiga’s RCD Mallorca. Nash, who made a name for himself in the NBA, was a lifelong soccer fan, and Holden had played successfully for several clubs, as well as the U.S. Men’s National Team.

A mutual respect for each other’s craft sparked their friendship, but Mallorca secured their relationship as business partners. When the opportunity to invest in a European soccer club crossed Nash’s radar his first thought was “can my friend be involved?” and immediately called Holden.

When they first came across Mallorca, “we really liked what we saw,” said Nash, “It’s just not your typical club.”

The club has nearly 105 years of history, it’s won Copa del Reys and Spanish Super Cups, and been home to legendary players like Samuel Eto’o.

More than that, it has an underdog story, something Holden believes American soccer fans can get behind.

“There’s an appreciation, I believe, among American fans towards teams [with] the underdog story. [Mallorca is] a team that was essentially ripped apart and left with nothing and has rebuilt in a way that is genuine, that is organic, that is authentic,” he said.

Nash and Holden saw this firsthand in their first few years as investors in the club: Mallorca went from the second division, to the third, back to second, up to the first, down to second, and finally back up to the first division - LaLiga Santander.

At the end of the 2018-19 season, when Mallorca secured promotion to LaLiga Santander under the American ownership group, Stu remembers it fondly.

On Saturday, when Mallorca make their triumphant return to LaLiga Santander he will be in the stadium, as will Steve.

Fans will be able to watch at home on ESPN+ and follow an exciting new chapter in Mallorca’s history as they return to the first division.

“For American fans, if they want to be a fan of a Spanish football team, Mallorca would be the cool one to decide on,” said Nash.