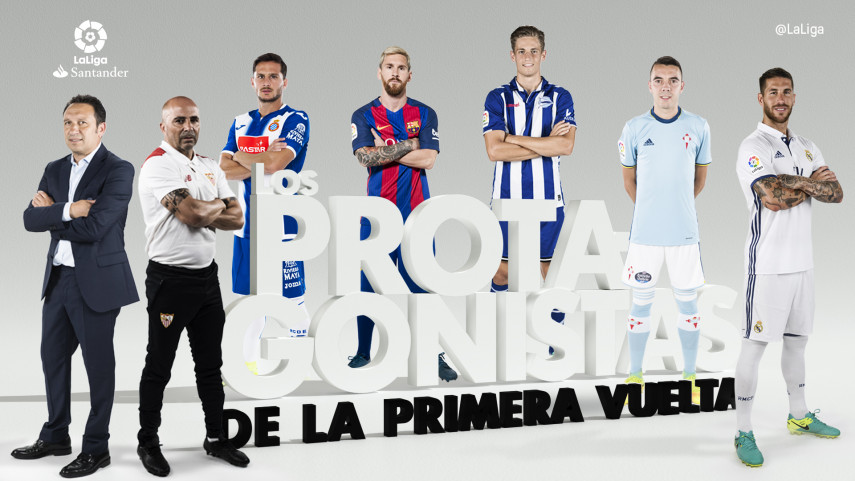 Seven leading lights of the LaLiga Santander season so far

With the campaign having reached its midway mark, we take stock and pick out some of the key figures in the Spanish top flight over the first 19 matchdays.

Jorge Sampaoli  The Argentinian coach has taken LaLiga Santander by storm since pitching up at Sevilla FC, stamping his imprint on his team and guiding the Andalusian club to its best-ever first half of a league season. Sampaoli's achievements are made all the more impressive considering that he has worked his magic with a squad that underwent a major overhaul in the summer, with several big-name players departing and a number of new faces arriving. Under the former Chile boss's guidance, Sevilla have kept up their traditional strong home form, winning eight of their nine games at the Sanchez-Pizjuan. Meanwhile, Sampaoli has also cured their travel sickness: after failing to win away in LaLiga Santander at all last term, this time round they have already racked up five victories on the road, including triumphing on their last three away visits on the bounce.

Sergio Ramos  The Real Madrid captain has not only spearheaded one of the meanest defences in the division, but he has also shown that his nose for goal remains as keen as ever. Remarkably, the centre-back is Los Blancos' second-top scorer at the midway checkpoint, his six strikes putting him behind only Cristiano Ronaldo. What's more, his goals have earned some vital points for Zinedine Zidane's side, who head into the second half of the season sitting pretty at the top of the table, a point above Sevilla and with a game in hand. This is the first time that Ramos has hit half a dozen league goals in a single season and few would bet against him adding to this personal-best tally in the months to come. 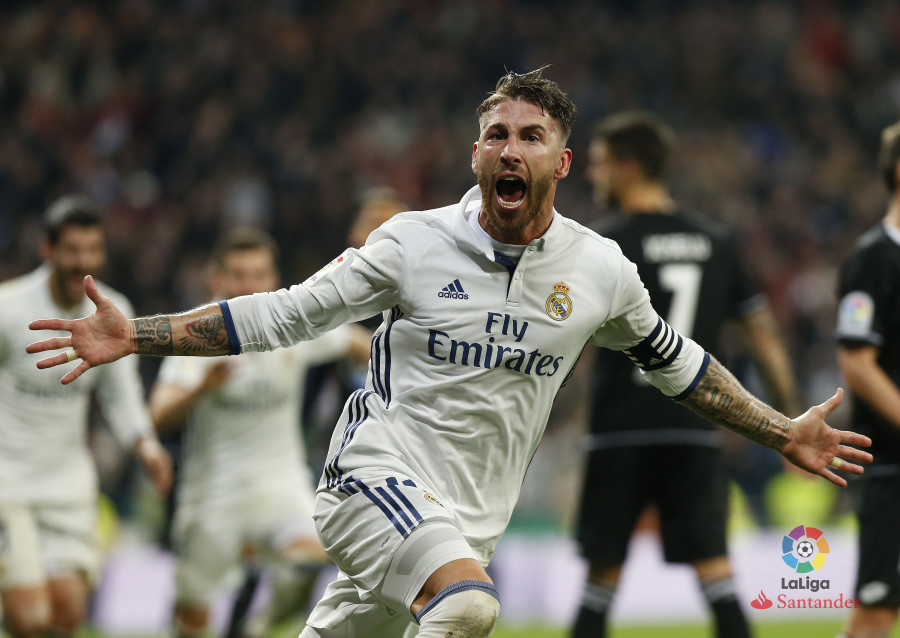 Iago Aspas  Once again, Iago Aspas is proving to be the heart and soul of the high-flying RC Celta. After making his mark last season with a 14-goal haul which helped his club return to European competition after a 10-year absence, Aspas's figures this season mean that he is on course for one of the best of his career. The Galician striker has already netted 11 goals in the 17 LaLiga Santander games which he has played and he was recently rewarded with his debut for the Spanish national team in a friendly against England. Evidence of his achievements is the fact that only Luis Suarez, Lionel Messi and Ronaldo have outdone him in front of goal this term.

Marcos Llorente  Without a shadow of a doubt, one of the breakthrough players of the opening 19 games of the league campaign is Marcos Llorente. The midfielder loaned out by Madrid to D. Alaves has played a fundamental role in the Basque club's positive results in the first half of the season. The 21-year-old is one of the players who have won back the most balls in all of LaLiga Santander. But that is not all. He is also making a massive contribution to the creative side of his team's play. Llorente is one of the big sensations in the league and will be a player worth keeping a close eye on in years to come. 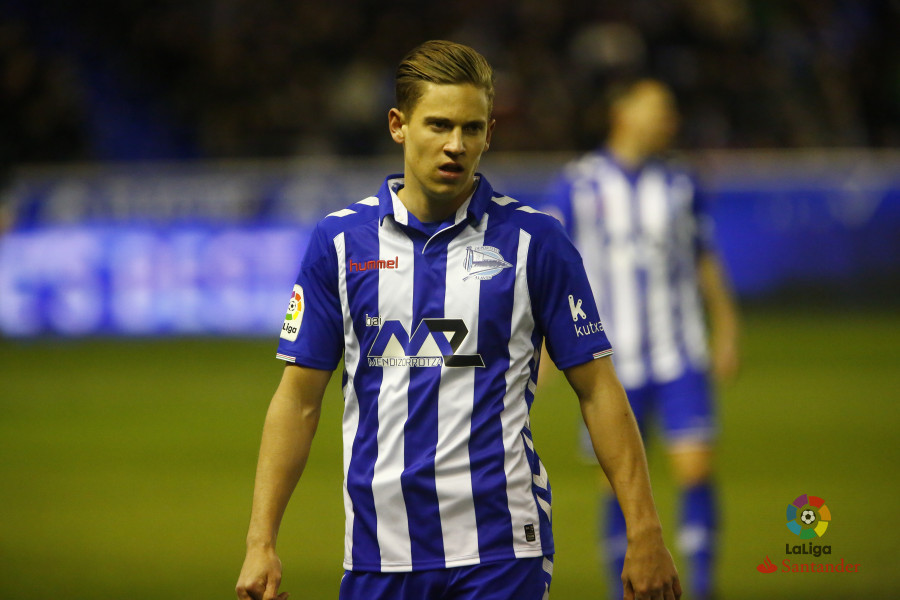 Eusebio Sacristan  Real Sociedad have produced their best opening half of the season since 2002/03, when they finished second in LaLiga Santander, and a large part of the merit has to go to their coach, Eusebio Sacristan. The manager from Valladolid has guided La Real to fifth place at the halfway stage, level on a total of 35 points with Atletico Madrid in the fourth and final Champions League qualifying spot. With Eusebio at the helm, his players have produced some silky football this season and their gaffer was named the LaLiga Santander Manager of the Month for November.

Lionel Messi  Lionel Messi is on fire yet again for FC Barcelona. The Argentine continues to break one record after another and with 19 played and 19 more to play he is the top scorer in LaLiga Santander, tied with his teammate Luis Suarez on 15 goals. His infinite pool of talent is one of the foundations upon which Barcelona are basing their hopes of winning a third consecutive LaLiga Santander title. The striker has broken two new records so far this term. He scored against UD Las Palmas on the penultimate matchday before the halfway point, meaning that he has now netted against every single team in the division. Furthermore, he has found the back of the net in over 200 different LaLiga matches – a feat only achievable by the very best of the best. 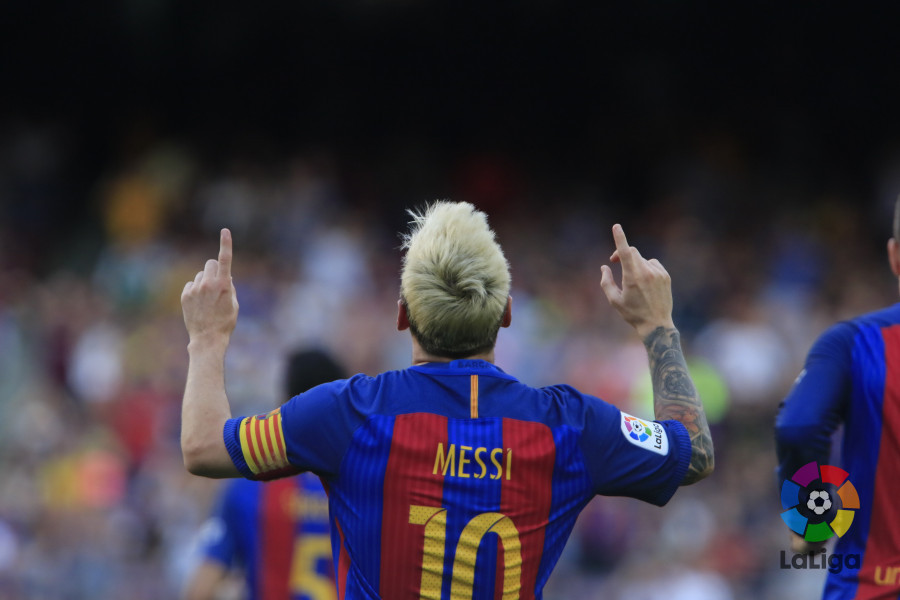 Pablo Piatti  Alongside Toni Kroos, the Argentine tops the table in terms of assists with half of the LaLiga Santander 2016/17 season done and dusted. After failing to make much of an impact last term, Piatti made the move to RCD Espanyol in the summer and his stats have skyrocketed. With 19 games played, the 27-year-old has scored six goals, just two shy of his record for a single LaLiga season. He has also provided seven assists, his best ever return as a provider since moving to Spain. Piatti has rediscovered the joy of football with Espanyol this season, and both the player and the Catalan team have made excellent headway in the opening 19 games.