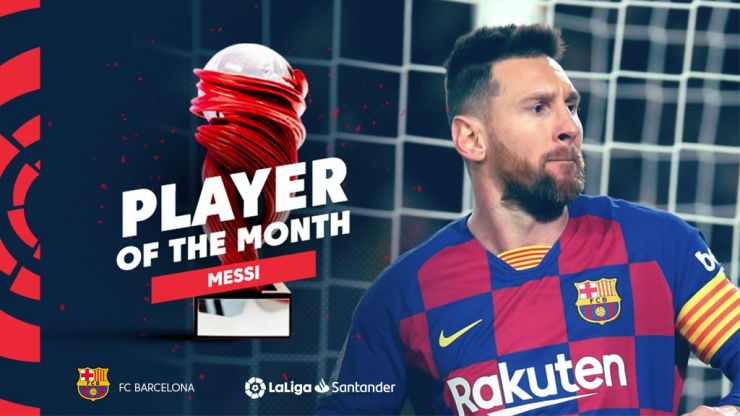 The FC Barcelona player has been chosen for the award after a cracking November, with his four goals and one assist firmly establishing him as the standout player in the Blaugrana squad.

FC Barcelona player Lionel Messi has scooped the November's LaLiga Santander Player of the Month award. The Argentine striker was on fire once again, amassing four goals and one assist.

The Barça player scored in his side's defeat to Levante and netted a hat-trick in the Catalan club's victory over Celta. Against Leganes, Messi made a decisive contribution with an assist for Luis Suarez to hit home the first of the two goals which gave his side the win. What's more, Messi currently tops Barcelona's goalscoring (9) and assists (5) standings.

Messi will collect the accolade in front of the Camp Nou faithful, before his side's match against D. Alaves on 21 December at 16:00 CET.