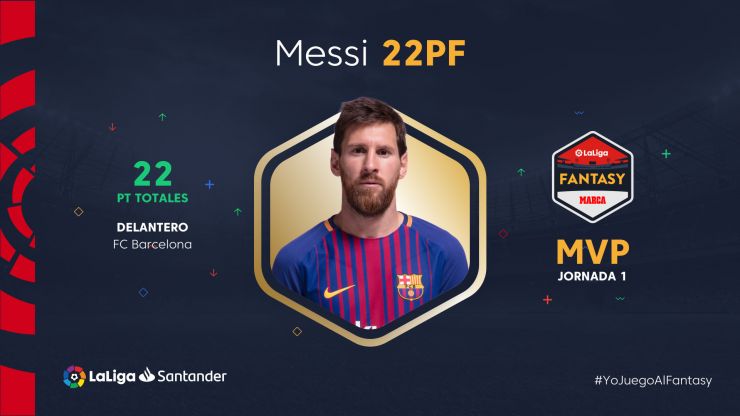 These are the 11 players who racked up the highest number of points on Matchday 1 of the 2018/19 league campaign.

LaLiga Santander is back with a bang and the return to action means that it's time to take stock and reveal the LaLiga Fantasy MARCA Matchday 1 Best XI, a star-studded lineup that chalked up an impressive 173 points across the opening round of fixtures. FC Barcelona's Lionel Messi claims the Player of the Matchday honours after his dazzling display and sensational brace in Barça's home win over D.Alaves earned him 22 points.

Levante UD shotstopper Oier gets the nod between the Best XI sticks. The Basque goalkeeper collected 11 points en route to keeping a clean sheet in his side's eye-catching 3-0 success over Real Betis at the Benito Villamarin. Lining up in front of the Granotes' custodian are his teammate Chema, who amassed 17 points, Real Madrid's Dani Carvajal (15 points) and RCD Espanyol stopper Mario Hermoso (12). 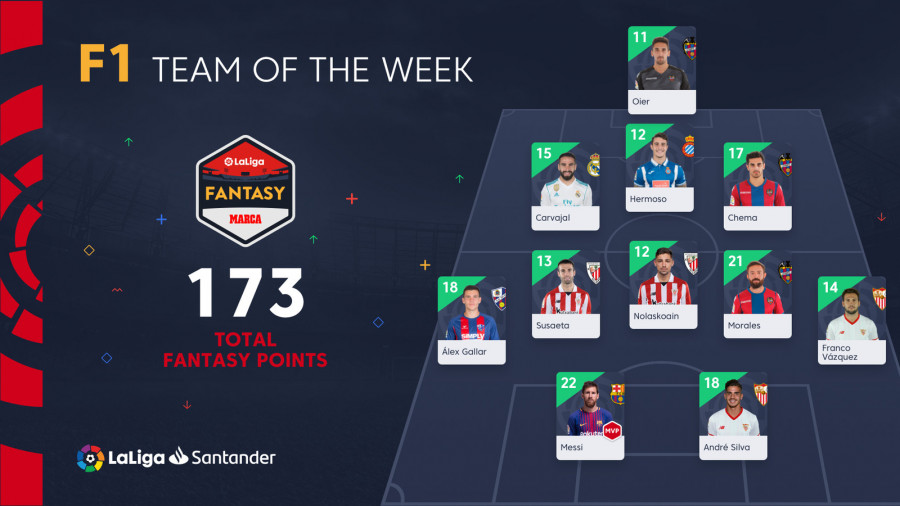 The team's engine room features a rather tasty-looking five-man unit which includes Levante's Jose Luis Morales, who scooped 21 points on the strength of his sublime brace against Betis, the first of which was one of the best goals scored anywhere across the matchday. Taking their places alongside Morales are Athletic Club's Markel Susaeta (13) and Peru Nolaskoain (12), whilst SD Huesca's Alex Gallar (18) makes the cut after hitting a double against SD Eibar in his team's first-ever LaLiga Santander outing. Meanwhile, a 14-point showing from Sevilla FC's Franco Vazquez in the Andalusian's 4-1 away rout of Rayo Vallecano was enough to see him secure his spot in this dream team. Last but not least, the side's potent strikeforce comprises Player of the Matchday Messi and Sevilla hat-trick hero Andre Silva (18).